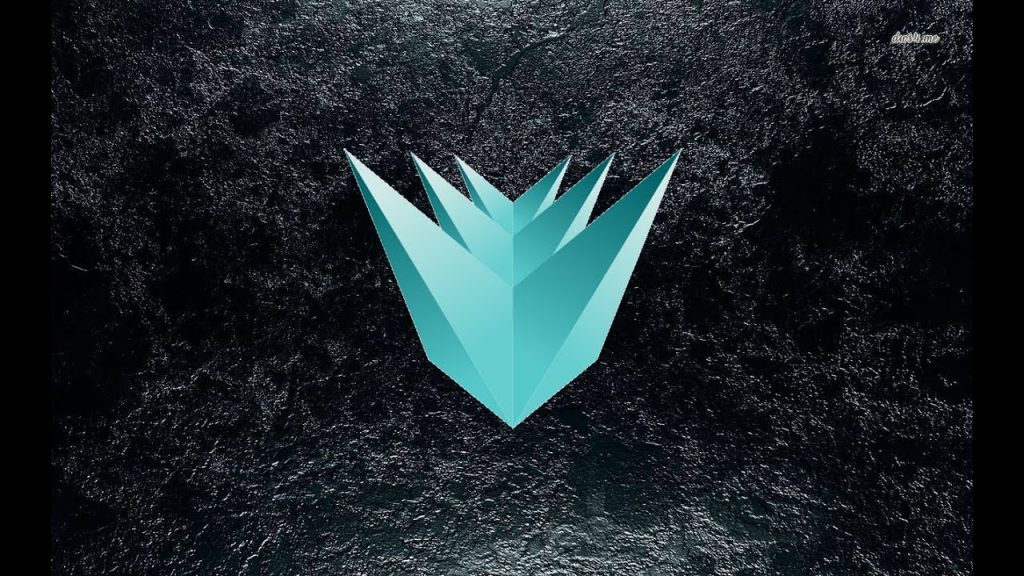 I’ve been watching Verge VXG on and off now for a few months. It’s been hovering around 80th position amongst cryptocurrencies by market capitalisation. It’s been like this ever since I’ve been looking at it……until a week or so ago when it went crazy. 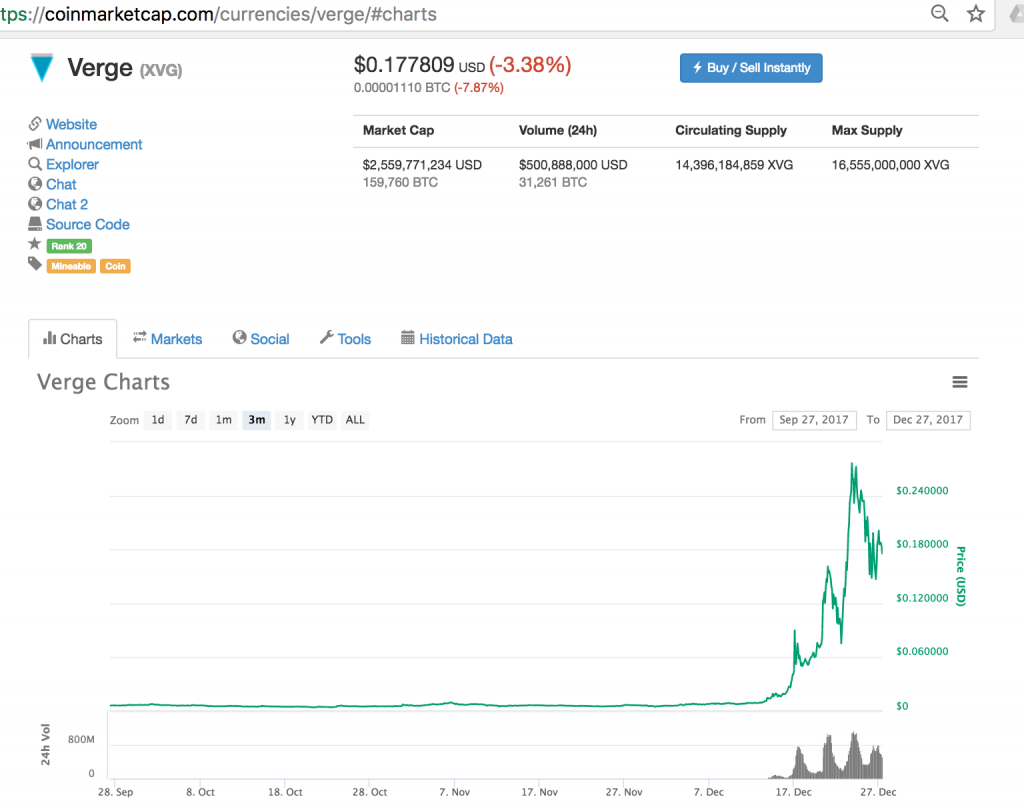 This is the reason that crypto is so exciting and why so many people are now getting involved. You’d never get this kind of move in traditional markets outside of penny stocks.

What’s made the Verge XVG price move so much?

John McAfee is a well known crypto-evangelist (he said famously in 2017 that Bitcoin would one day reach 500,000 USD). He has a large Twitter following of around 500k followers and on 13th December 2017, he tweeted this:

I am inundated by people asking me for recommendations on cryptocurrencies. If you would use your heads you would figure out that the privacy coins (anonymous transactions) will have the greatest future. Coins like Monero (XMR), Verge (XVG), or Zcash (ZEC) cannot lose.

No. Not joking. I included Verge (XVG) because it is a legitimate privacy coin and it is also selling for less than three cents. If you know investing, you know that it is easier for a 3 cent coin to go to 3 dollars, than it is for a $300 dollar coin to go to $30,000 – same rise.

These tweets have been credited (justifiably) with the huge rise in Verge XVG’s price rise over the last two weeks.

How I bought my first Verge XVG

I was hoping to buy this from Changelly. (I’ve used Changelly to buy Monero before.) It’s also listed on the Verge website as a place to buy Verge XVG.

It’s also listed as a supported currency on the Changelly website, but when I tried to actually exchange BTC for Verge XVG, I couldn’t find it as an available option.

I also had problems with the Verge wallet. I went on the Verge website to look for wallet options. The OSX Electrum wallet wouldn’t open on my computer and I tried the alternative Verge QT but that showed as ‘Not Syncing’. This gave me pause for thought as I’d had similar problems with the Ethereum node wallet previously. The problem was where the node never caught up with the blockchain and never synced. This rendered my wallet useless. I want to make sure that I get the setup correctly with the Verge wallet(s).

So I did two things that I’ve not done before:

Firstly, I used an actual exchange.

Previously, I’ve only used Bittylicious (which is a peer to peer service) and Changelly and ShapeShift (which are instant exchange services).

I used one of the listed exchanges on the Verge site. I plumped for Binance. I have no idea why. The name called out to me. (NB: since writing this, I’ve looked up ‘Bittrex vs Binance’ and found this subreddit: Bitfinex vs Bittrex vs Binance.)

Binance was really easy to setup with. You enter an email and a password and that’s it for basic access. I then transferred some Bitcoin to it to fund my account. (The transfer took less than 30 minutes to complete.)

I then went on the XVG/BTC currency pair page to buy some Verge XVG.

Simply go to the ‘Buy XVG’ area above and enter the amount of Verge XVG you want to buy. As soon as you start entering into the ‘amount’ field, it will show you the maximum amount of XVG that you can buy, given the amount of Bitcoin (BTC) that you have funded in your Binance account.

The process of buying was easy and it took just 5 minutes to complete my order.

Secondly, I broke one of my cardinal rules of crypto speculation…

NB: This lack of an easy to use wallet is another attractive thing about speculating right now in Verge XVG: As soon as it becomes available, greater mass adoption will follow, which can only be good for the price.

I’d recommend having a little nibble on Verge XVG. Don’t put huge amounts in yet. There are more highly regarded, and better established privacy coins out there such as Monero. I can see the price moving to 5 USD or even 10 USD in 2018, but it’s not a sure thing. Worth a punt though.

Let me know your thoughts in the comments below!