“The definition of insanity is doing the same thing over and over again, but expecting different results” attributed to Albert Einstein

“For there is no doubt that the most radical division that it is possible to make of humanity is that which splits it into two classes of creatures: those who make great demands on themselves, piling up difficulties and duties; and those who demand nothing special of themselves, but for whom to live is to be every moment what they already are, without imposing on themselves any effort towards perfection; mere buoys that float on the waves.” ― José Ortega y Gasset, The Revolt of the Masses

No man is an Island, entire of itself; every man is a piece of the Continent, a part of the main; if a clod be washed away by the sea, Europe is the less, as well as if a promontory were, as well as if a manor of thy friends or of thine own were; any man’s death diminishes me, because I am involved in Mankind; And therefore never send to know for whom the bell tolls; It tolls for thee.
John Donne, Meditation XVII

“Gilgamesh, where are you hurrying to? You will never find that life for which you are looking. When the gods created man they allotted to him death, but life they retained in their own keeping. As for you, Gilgamesh, fill your belly with good things; day and night, night and day, dance and be merry, feast and rejoice. Let your clothes be fresh, bathe yourself in water, cherish the little child that holds your hand, and make your wife happy in your embrace; for this too is the lot of man.”
― Anonymous, The Epic of Gilgamesh

They danced down the streets like dingledodies, and I shambled after as I’ve been doing all my life after people who interest me, because the only people for me are the mad ones, the ones who are mad to live, mad to talk, mad to be saved, desirous of everything at the same time, the ones who never yawn or say a commonplace thing, but burn, burn, burn like fabulous yellow roman candles exploding like spiders across the stars and in the middle you see the blue centerlight pop and everybody goes “Awww!” Jack Kerouac, On The Road

“For believe me! — the secret for harvesting from existence the greatest fruitfulness and the greatest enjoyment is: to live dangerously! Build your cities on the slopes of Vesuvius! Send your ships into uncharted seas! Live at war with your peers and yourselves! Be robbers and conquerors as long as you cannot be rulers and possessors, you seekers of knowledge! Soon the age will be past when you could be content to live hidden in forests like shy deer! At long last the search for knowledge will reach out for its due: — it will want to rule and possess, and you with it!” ― Friedrich Nietzsche, The Gay Science

“As it is useful that while mankind are imperfect there should be different opinions, so it is that there should be different experiments of living…and that the worth of different modes of life should be proved practically, when anyone thinks fit to try them. It is desirable, in short, that in things which do not primarily concern others individuality should assert itself. Where not the person’s own character but the traditions or customs of other people are the rule of conduct, there is wanting one of the principal ingredients of human happiness, and quite the chief ingredient of individual and social progress.” (On Liberty, John Stuart Mill)

There lies the port; the vessel puffs her sail:
There gloom the dark, broad seas. My mariners,
Souls that have toil’d, and wrought, and thought with me—
That ever with a frolic welcome took
The thunder and the sunshine, and opposed
Free hearts, free foreheads—you and I are old;
Old age hath yet his honour and his toil;
Death closes all: but something ere the end,
Some work of noble note, may yet be done,
Not unbecoming men that strove with Gods.
The lights begin to twinkle from the rocks:
The long day wanes: the slow moon climbs: the deep
Moans round with many voices. Come, my friends,
‘T is not too late to seek a newer world.
Push off, and sitting well in order smite
The sounding furrows; for my purpose holds
To sail beyond the sunset, and the baths
Of all the western stars, until I die.
It may be that the gulfs will wash us down:
It may be we shall touch the Happy Isles,
And see the great Achilles, whom we knew.
Tho’ much is taken, much abides; and tho’
We are not now that strength which in old days
Moved earth and heaven, that which we are, we are;
One equal temper of heroic hearts,
Made weak by time and fate, but strong in will
To strive, to seek, to find, and not to yield.
Ulysses, BY ALFRED, LORD TENNYSON

I went to the woods because I wished to live deliberately, to front only the essential facts of life, and see if I could not learn what it had to teach, and not, when I came to die, discover that I had not lived. I did not wish to live what was not life, living is so dear; nor did I wish to practice resignation, unless it was quite necessary. I wanted to live deep and suck out all the marrow of life, to live so sturdily and Spartan-like as to put to rout all that was not life, to cut a broad swath and shave close, to drive life into a corner, and reduce it to its lowest terms, and, if it proved to be mean, why then to get the whole and genuine meanness of it, and publish its meanness to the world; or if it were sublime, to know it by experience, and be able to give a true account of it in my next excursion. — Henry David Thoreau

Twenty years from now you will be more disappointed by the things you didn’t do than by the ones you did do. So throw off the bowlines. Sail away from the safe harbor. Catch the trade winds in your sails. Explore. Dream. Discover. – Mark Twain

We are the Pilgrims, master; we shall go
Always a little further; it may be
Beyond that last blue mountain barred with snow
Across that angry or that glimmering sea,

White on a throne or guarded in a cave
There lies a prophet who can understand
Why men were born: but surely we are brave,
Who take the Golden Road to Samarkand.

We travel not for trafficking alone;
By hotter winds our fiery hearts are fanned:
For lust of knowing what should not be known,
We take the Golden Road to Samarkand.

And my experience was this – and I try to describe it as accurately as I can. I had a curious sense of being literally in love with the world. There is no other way in which I can express what I then felt. I felt as if I could hardly contain myself for the love which was bursting within me. It seemed to me as if the world itself were nothing but love. We have all felt on some occasion an ardent glow of patriotism. This was patriotism extended to the whole Universe. The country for which I was feeling this overwhelming intensity of love was the entire Universe. At the back and foundation of things I was certain was love – and not merely placid benevolence, but active, fervent, devoted love and nothing less. The whole world seemed in a blaze of love, and men’s hearts were burning to be in touch with one another. (read more here) ‘The Heart of Nature’ by Lt-Col. Sir Francis Younghusband

We shall not cease from exploration
And the end of all our exploring
Will be to arrive where we started
And know the place for the first time.

An unexpected reminder that all that matters is love

Can we apply what makes a great city/country to the individual level? 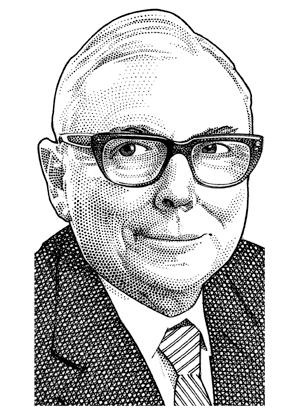 Why we should commit to becoming learning machines