“And my experience was this – and I try to describe it as accurately as I can. I had a curious sense of being literally in love with the world. There is no other way in which I can express what I then felt. I felt as if I could hardly contain myself for the love which was bursting within me. It seemed to me as if the world itself were nothing but love. We have all felt on some occasion an ardent glow of patriotism. This was patriotism extended to the whole Universe. The country for which I was feeling this overwhelming intensity of love was the entire Universe. At the back and foundation of things I was certain was love – and not merely placid benevolence, but active, fervent, devoted love and nothing less. The whole world seemed in a blaze of love, and men’s hearts were burning to be in touch with one another.”

AFTER PHNOM PENH, it was time to say goodbye to Cambodia. I took a bus with Jon eastwards to Ho Chi Minh City (or Saigon as I prefer to call it; less prosaic I think) in the south of Vietnam.

Vietnam is bordered by China to the north and by Laos and Cambodia to the west. It has around 86m people making it the 13th most populous nation in the world. Vietnam has a mindboggling 54 officially recognized ethnic groups and is dominated by the Viet (Kinh) people who make up more than 86% of the population. Vietnamese people are immediately distinctive from their Cambodian neighbours. They are closer in looks to the Han Chinese than to the Cambodians. Here, when asked as to where I was from, I went with the Philippines; just as it was with the Cambodians, the Vietnamese have no beef with the Philippines and it meant I was regarded as close enough to the locals to be very warmly treated.

The name “Saigon‟ conjures up images of almost the quintessential Indo-Chine experience, born of countless Vietnam War films and early Cold War intrigue as depicted in Graham Greene’s The Quiet American. Despite only being 8 hours away on the bus, Saigon is a world away from Phnom Penh. It’s a seething commercial metropolis, with mid-rise buildings and wide boulevards teeming with the most motorcycles I have ever seen in one place – columns of traffic perhaps 20 bikes wide! Somehow though, it‟s possible to discern order amid the chaos.

We stayed in central Saigon in a great little guesthouse run by the wonderful Miss Loi, a perpetually young and graceful Hanoi woman, and by her army of daughters. As with most buildings in Saigon, the guesthouse was incredibly narrow and tall (about 12 stories). We immediately set about exploring the markets and food stalls around the backpackers’ areas around Pham Ngo Lau, where I found some delicious cold white noodles with a sweet and savoury dressing. The markets were full of clothes, shoes, suits, fabrics etc. and the sales staff were savvy, persistent and wily; it didn‟t help that I found the mental currency exchange rate calculations difficult: 1GBP would buy around 26,500 Vietnamese Dong (VND); try working that one out!

The spectre of the Vietnam War is never far away whilst in Saigon; easily understandable given that the War only officially concluded in 1975. One must-see sight here is the War Remnants Museum; a giant edifice dedicated to the memory of the conflict. The building is monolithic and adorned outside with US jet fighters and tanks. Inside is an eye-opening and, at many points, harrowing exhibition which definitely challenged and broadened my knowledge and understanding of the Vietnam War; a small body of knowledge hitherto only acquired through history lessons and US-produced and directed war films. The exhibition sheds light on lesser known incidences of US atrocities, such as numerous massacres of civilian villages, the less than glorious motivations and pretexts used for US involvement in the conflict and, something I didn‟t know anything about, the US deployment of a chemical weapon called Agent Orange. This chemical was contemporaneously known as one of the most toxic chemicals ever „discovered‟ by man and produced in military quantities to be utilised against the Vietcong, but in practice was deployed indiscriminately in mass blanketing of civilian areas. The results of Agent Orange are most horrifically manifested in the next generation, with thousands and thousands of children born with severe deformities such as missing limbs, mental illnesses and heavily disfigured facial and cranial injuries. Many of these victims can be seen today on the streets of Saigon; a terrible reminder of a conflict that still has reverberations even today. Of course, I‟m aware that history is generally written by the victors, and that accordingly, the exhibition should be viewed with an allowance for a degree of bias, but the accuracy and completeness of this account is hard to refute because it is all documented with declassified US documents, admissions by soldiers (including a US Senator who in 2001 admitted his leading a massacre of civilians) and by the presence and evidence of an international contingent of journalists and photographers.

Of course, the Vietnam War isn‟t the only war that Vietnam has faced, even in the last century. The country fought against its colonial power, the French, straight after the Second World War, during which it was a puppet of Vichy France and occupied by the Japanese. Vietnam, however, never surrendered to its aggressors and, despite massive disparities in resources, became the leading exponents of asymmetric warfare anywhere in the world. As mentioned previously, just three years after the conclusion of the Vietnam War, Vietnam still had the military capability to wrest control of Phnom Penh from the Khmer Rouge. I think the message is „Definitely don‟t mess around with Vietnam‟; these are some seriously, seriously tough people. Vietnam is just a further example of how people in the south-east Asian region have been subjected to successions of brutality in the recent past, both from external forces and, possibly more tragically, from elements of their own people (witness Myanmar today). The Vietnamese, just like the Malaysian, Thai and Cambodian people that I‟ve encountered on this leg of my trip, have been truly lovely and friendly people, always happy to greet a traveller, and without doubt they are one of the best reasons to visit this region.

During my stay in Saigon, I also took a trip to the Mekong Delta at My Tho, about two hours by bus from Saigon. Our guide was a man who had fought on the South Vietnamese side during the war and worked as a translator for the Americans. He was deeply proud of this allegiance and I wondered what it was like to end up on the losing side of war. He said that when the war ended he put down his weapon and returned to his farm. I got the sense that he still wished that the Americans had won. The mighty Mekong River is one of the world‟s biggest and starts in the mountains of China and ends in the vast Delta in southern Vietnam. At the Delta, the Mekong is massively vast, intimidatingly fast-flowing and a deep, muddy brown. It‟s the source of life for countless river communities along its vast length and we met some interesting locals along the banks at My Tho (including a snake man inviting us to pose with an enormous python wrapped around our necks – sorry dear reader, but I had to decline!), enjoyed some fresh Mekong fish and generally soaked up the laidback vibes of this amazing part of the world. 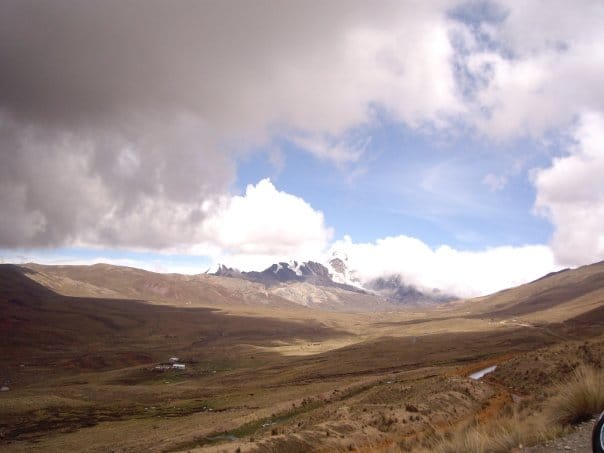