During my time in Beijing, we took a trip up to the Great of Wall of China; I mean you can’t come to Beijing and not go to the Great Wall, can you! The Great Wall was begun over 2,000 years ago and is over 4,000 miles long. Historians think that more than 2 million people died during the construction of the fortification. It’s much believed that the Great Wall is visible from space, but according to Wikipedia, that’s an urban myth; even at low orbit (100 miles up), it’s not visible to the naked eye.

We avoided the touristy sections of the wall such as at Badaling, where we’d heard that lifts and electric carts were the order of the day. Ever the intrepid backpackers seeking travelling authenticity (ahem!), we chose to go to the Wall at Huanghua, a section named after a nearby small town and we joined a tiny tour group for a day trip.

It was an early start and it was a two hour drive to Huanghua. There wasn’t a cloud in the sky and I knew it was going to be a warm one (we found out later that we were in the middle of a heat-wave – around 38 degrees Celsius). Before long we were out of the city and weaving our way through the forested hills and suddenly I could see the Wall in the distance snaking its way through the mountains to the north. The group was seven strong, travellers who all had the same idea as us, to avoid the throngs. In the event, we were privileged enough to have the Wall to ourselves that day. We started at the dam and reservoir just outside the town and climbed up the rubbled steps onto the Wall itself and slowly (and I mean really slowly) made our way westwards towards our rendezvous with our minibus about six kilometres away.

The views were immediately magnificent; look eastwards and you see the Wall curl off far into the distance; turn around and the Wall looms steeply above. The Wall at this point was around six metres wide and about three metres high. The ramparts were about one metre higher than the floor of the Wall. At some points, there were steps; at others, there were just heaps of rubble and we definitely had to watch our footing.

It’s a difficult feeling to describe, but standing on the Wall, you feel a palpable sense of history; and not just any old history such as that of a battle in the 1700s, but a sense of serious and weighty history; of being on one of the major achievements of human engineering and ambition such as Machu Picchu and Angkor Wat. It’s astonishing to think that this was conceived and built more than a thousand years ago and that it’s still very much standing to this day.

We strolled along the Wall at a snail’s pace sitting down on the edges, just soaking up the views and marvelling at the fact that we had the Wall all to ourselves. Eventually, we saw signs of life with the appearance of an old man with a large sack on his back who starting screaming at us angrily in Mandarin as he raced off down the hill. I think he was stealing chunks of the Wall.

Afterwards, we stopped for lunch at a small local eaterie in Huanghua and enjoyed superlative and incredibly warm hospitality from the local matriarch who spoiled us with masses of delicious food that was never going to be finished, washed down with some very welcome ice-cold tea as we reflected on our privileged morning at the incomparable Great Wall. 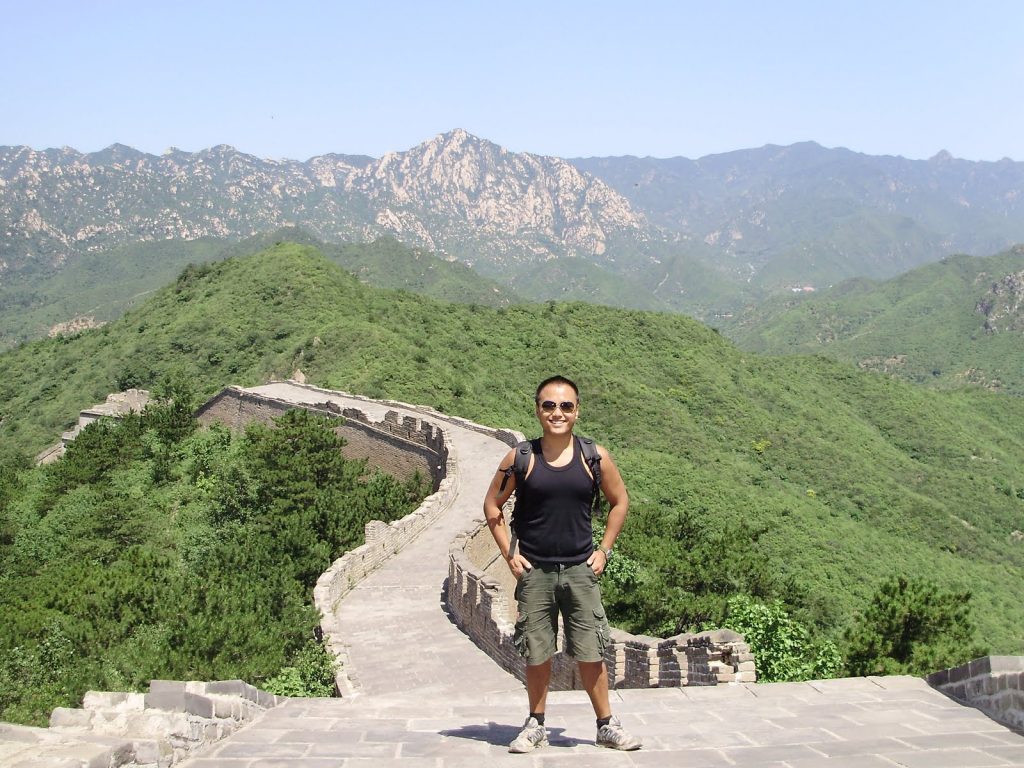