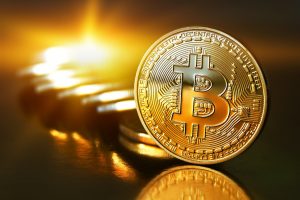 I’ve been asked by quite a few people recently whether it’s too late to get into Bitcoin. “Surely it’s going to crash soon?” they say. I said in a recent post that Bitcoin could get to USD 10,000 by the end of 2017. And I stand by that. What’s behind the upwards momentum? Why is Bitcoin’s rise seemingly relentless? Simply put, there are fewer sellers of Bitcoin who are willing to sell for less than USD 7,300 per Bitcoin at the moment. A month ago, sellers were willing to sell a Bitcoin for less than they are today. At that time, they were willing to sell at USD 5,500. Today, no one would sell a Bitcoin for USD 5,500. They would part with it at USD 7,300. Next month, that number may be higher still. Why are sellers less willing to sell at these prices and only be willing to …[Read More] 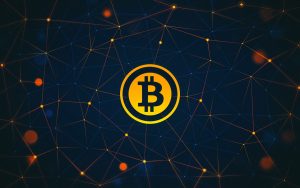 Bitcoin is hard to understand. Maybe that’s why there hasn’t been mass adoption. So how does Bitcoin work? I’m a big believer in the adage ‘if you can’t explain something in a simple way, then you don’t really understand it yourself’. So here’s my simple understanding of how Bitcoin works. (Disclosure: I bought some Bitcoin before I actually understood it. I don’t think that not understanding it means that you can’t invest a bit into Bitcoin but that’s the speculator in me!) Before we get into how Bitcoin works, first think about how traditional currency works Take the UK Pound Sterling. Physically: If I want to give you £10, then I go to my ATM and take out £10 and give it to you. Digitally: If I want to give you £10, then I log on to my account and transfer £10 from my account to your bank account. In …[Read More] 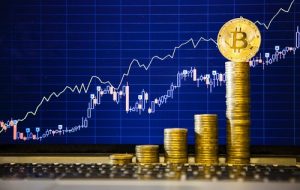 I’m a buy and holder (a HODL) of cryptocurrencies. I don’t use leverage. I buy the underlying asset and I hold it. I don’t trade in and out of crypto. This means that I don’t look at the price on a daily basis. I hadn’t looked at Bitcoin’s price since early October when it was in the early USD 4,000s. I looked two day ago and it had breached USD 5,500. This really is a wonderful journey. What other financial instrument do you know that is this volatile?! I’m happy that it’s gone up but I wish that it had held at the lower level for a while longer. I haven’t finished buying enough of what I want yet. It looks like the price is going to keep getting away from me so all I can do is follow my own advice and dollar cost average my Bitcoin buys. Three …[Read More]

I’ve been in the cryptocurrency rabbit hole for a few months now, and people ask me how I’d recommend they buy Bitcoin. It’s just two steps: First, you need a wallet to receive your Bitcoins into The easiest one I’d recommend you use is Exodus. The safest one I’d recommend is a hardware wallet like Trezor. But for your first Bitcoins, I’d recommend using Exodus. Check out my previous post on how to set up Exodus on your machine Second, you need to buy Bitcoins and send them to your wallet In the UK, I’d recommend Bittylicious. It’s a bit more expensive than other exchanges, but it has the benefit of requiring less ID verification. You just need to enter your Bitcoin address (from your Exodus wallet) into Bittylicious, confirm the amount of Bitcoin you want to buy, and transfer GBP from your bank account to the Bitcoin seller’s bank …[Read More]

Following on from the last post, we’re looking at questions that my friends have asked? Last time we looked at ‘What is Bitcoin?’ Today, we look at ‘Why is Bitcoin trending now?’ The main reason that Bitcoin is trending now is because it’s making the news. It’s making the news because it’s smashing through historic highs from deep lows. Most people knew Bitcoin as a ‘digital currency’, but maybe thought it was a fad or a scam, or something to use to buy drugs on the Silk Road. They may have known that it was pretty cheap a few years ago. Those same people now know Bitcoin as going through USD 3,000, then USD 4,000. Now people see that tech giants like Bill Gates and Jack Dorsey talking about how the Blockchain is here to stay and talking up Bitcoin. This new phase of acceptance and then adoption is driving …[Read More]