“As for you, Gilgamesh, fill your belly with good things; day and night, night and day, dance and be merry, feast and rejoice. Let your clothes be fresh, bathe yourself in water, cherish the little child that holds your hand, and make your wife happy in your embrace; for this too is the lot of man.”

The Epic of Gilgamesh

THEY SAY ALL GREAT IDEAS happen when at the pub. Don’t believe me? Ask Van Gogh where he was when he decided on some irreversible cosmetic surgery. It’s a little-known fact that Columbus set off for the East Indies in the wrong direction as a result of a dare after knocking back a couple of bottles of rose with tumblers of port to chase whilst in an Algarve finca. I‟m convinced that Hitler decided to open up a second front with the Soviet Union whilst in a Berchtesgaden tavern with a couple of steins of Bavarian froth in his hands. So, following in that fine age-old tradition of great idea generation, in that glorious month of March 2008, we were on a roll! I was having a few beers with Grant in The Prince of Wales in Putney; the weekend before, with our friend Dave, we‟d already decided to cycle from Land‟s End to London for a jolly and, that afternoon, we hit on an even bigger and even better idea. We‟d managed to get our usual spot in the green chesterfields in the corner with the weekend newspapers. The threads of conversation were already tracing familiar ground. Outside were dark clouds and passersby in scarves and beanies. Then it began to rain hard. It was quite possibly the pints of London Pride and Guinness talking, but we paused, shook our heads, grinned, clashed our glasses and committed to action that been threatened for a while now, “Fuck this! Let’s go travelling!”

I‟d never been travelling; of course I‟d been abroad but never extended travelling. After school, I went straight to university and, since graduating, either been at work or at law school; travelling had just never appealed to me before. I knew loads of people who’d been before. Rebecca, my adventurous younger sister, had travelled solo through Nepal and India some years before; aptly, she was actually in Brazil at the time. Grant had been travelling before with his ex-girlfriend about four years previously through Australia, New Zealand and Mexico. Before, I‟d always mocked the idea of backpackers and travellers as indulgent, dreadlocked, tie-dyed, bead-wearing, hippy slackers. Now, though, something was different; it had become a yearning. Suddenly, it was all I could think about. I was looking at maps, reading travel articles and perusing brochures. It felt like the exactly right time to be going; we were 28 years old, we‟d been in London for several years, we were approaching the end of the tenancy on our flat and our flatmates at the time were each embarking on new stages in their lives. Johan was soon to be a father and Dave was most likely moving out with his girlfriend. We, however, were in a rut and needed a change. As a Londoner, it’s incredibly easy to get drawn into a London-centric view of the world; before you realise it, you see all of life through the prism of young middle-class London. Like most of our peers; we worked in similar jobs, we rented a flat in London, we holidayed perhaps twice a year, went out at the weekends drinking with our friends, month after month and year after year. No doubt, it‟s a cliché, but I had a growing feeling that there had to be more.

Call us amateurish but we’re not really the type to plan down to the minutiae of anything. We had broad considerations: Money? We mentally added together our deposit, monthly savings and, arriving short, we would live at our respective family’s houses for a couple of months to save on rent. When? We couldn‟t go before our lease ended in September 2008, so the timeframe was no shorter than six months and we‟d probably leave in around December. Where? We decided on an incredible value round-the-world ticket and picked out South America and Australia as places to visit, just on a gut feeling. I also wanted to see South-East Asia; however, the region didn‟t really appeal to Grant so we loosely agreed to part company after Australia.

We devoured bookshop travel sections and, slowly, planned out a broad route. For South America, the timeframe was around two months. Our plan was to do as much of it overland as possible and we cobbled together a rough list of things that we wanted to see: Machu Picchu, definitely, Rio de Janeiro, Iguazu Falls and Buenos Aires. Peru would be our entry point into South America and Buenos Aires would be our exit. All we knew was that, after Machu Picchu, we‟d take buses cross-country from Cusco to Rio to Iguazu Falls to Buenos Aires. It looked to be a very long way but the books seemed to suggest that it was possible.

We booked our tickets in September 2008 and Adrian, our agent, was more excited about the proposed trip than we were. A monstrous hit to our credit cards later and our round-the-world flights and a Machu Picchu tour were booked for early December 2008. We jogged up Kensington High Street like giggling schoolgirls; there was no turning back now. The last two months couldn’t have passed more slowly; we bought things we’d need (such as trekking boots and first aid kits); we got the requisite vaccinations (from rabies to hepatitis A to typhoid to yellow fever); we made our mental farewells to our London lives; and we tried to get as fit as possible before we flew to Peru. We knew that exercise was going to be almost non-existent during our travels and that we were going to be eating and drinking like omnivorous gluttons; we definitely didn‟t want to come back as fat gits.

The weekend before our flight, we had a farewell party at The Goat pub in Clapham for friends and family. There was a strong turn-out; it got pretty drunken and, amid much backslapping, hugs and handshakes, I realised that I was going to be away for eight or so months and that I would miss Christmas at home for the first time. 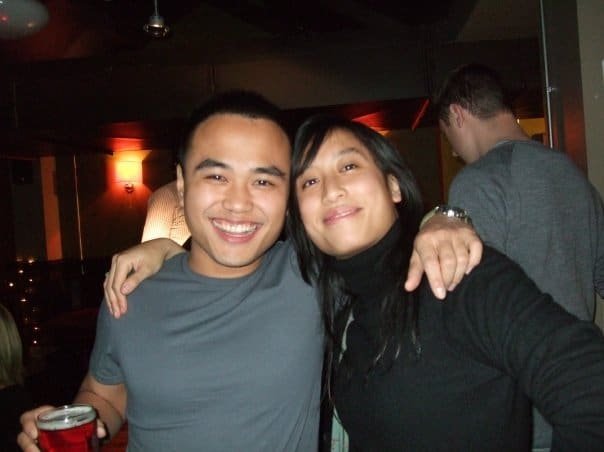 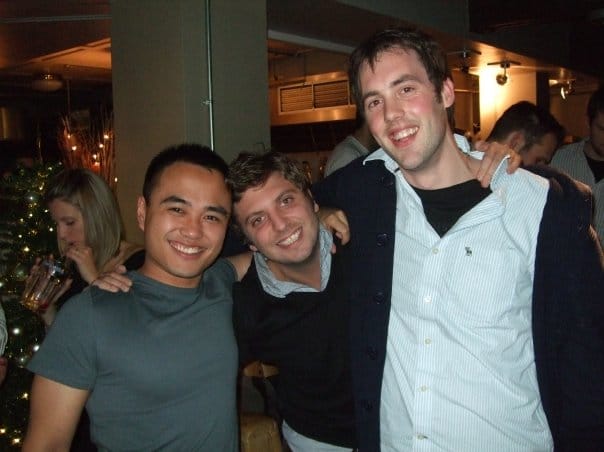 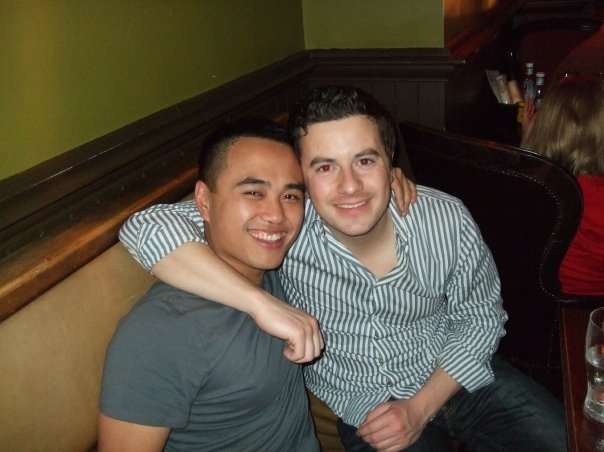 I remember thinking at the time (December 2008) that it was a truly unbelievable moment to be going on a prolonged world trip; it felt like a time of enormous upheaval and of change. Just a few months earlier, in September 2008, the world had been looking at the very serious possibility of the worst financial crash since 1929 and at the worst recession since the Great Depression of the 1930s. Lehman Brothers, one of the world‟s oldest and most venerable investment banks, had stunned the world by going bust in September; an event that shook the world’s markets. American Insurance Group, one of the biggest financial institutions in the world, had been bailed out by the US Federal Reserve the next day. Global equity markets had plunged; the contagion spreading to assets previously believed to be uncorrelated. Banking share prices across Europe and the United States were in free-fall and everyone wondered, on a daily basis, which bank would be next to fall. Almost all lending had stopped. Britain had led the G20 in taking the unprecedented step of the state recapitalising undercapitalised banks. Household names like the Royal Bank of Scotland needed huge state aid. Unprecedented and untested action was being taken in respect of huge, unforeseen events that threatened to shake the world. Amid the carnage, unthought-of and previously unthinkable questions were being asked of the world order: questions as to the accepted view that unfettered free-markets knew best; questions as to the justness of bankers (historically paid huge bonuses) now being forced to go cap-in-hand to the state to shore up their battered banks; questions as to whether the western economic, and indeed political, model really was superior. Concurrently, the world did seem to be changing: surplus-rich, non-Western nations, such as in the Middle-East and in the Far-East, were buying up the debt that Western countries needed to finance their huge bail-out and buying up large amounts of equity in undercapitalised Western banks. People began asking in serious forums whether modern capitalism was really the ideal model. Recession-hit citizens began questioning their goals and values in life. Economic free market dogma was being seriously questioned. The role of the state in society was being redefined. Amid all this uncertainty, however, there was some optimism too; perhaps most typified by the fact that America was witnessing momentous and epoch-changing history in the making having just elected its first black President who, presciently in tune with the zeitgeist, had campaigned primarily on a platform of change. It was against this backdrop of seismic shift all around me, and all around the world, that I began my trip.

I worked right up until the day before we flew out. I cleared my desk and then went to the Red Lion pub in St James’s Square with friends from work. I hadn‟t actually packed yet and my plane was due to leave at 7.35am the next morning. At midnight, four pints down, I sat packing my backpack (a quality hand-me-down 65 litre navy blue toploader) with my mum, performing for the first time a chore that would be repeated on countless occasions; a chore that would never, ever become enjoyable. In it went everything I guessed I’d need, including some fantastic presents that my sister had given me, the value of which wouldn’t become clear until way down the road; really simple items such as a torch designed to be worn around your head (leaving your hands free) were a god-send on myriad occasions, as were a minuscule quick-dry towel, a diary, and a tiny alarm clock.

Gavin, Grant’s eldest brother, kindly took us to Heathrow; he arrived at my house at the deeply uncivilised hour of 4am. Despite not sleeping for more than about one hour, I remember a conversation of pure speed gibberish! We were just too excited; we‟d waited six long months for this and, here we were, just hours from a new and unknown country and the beginning of an adventure. At the drop-off point, I heaved that 15kg backpack onto my shoulders for the first time and did the classic backpacker thing of putting my smaller rucksack on my chest. With all this kit, backpackers stick out like sore thumbs and are incredibly immobile; I felt like a sitting duck. At 5.30am, just two hours from our flight taking off, the check-in desk told Grant that his name wasn‟t on the flight passenger list; not what you want to hear! Despite having confirmed the flight the previous evening, inexplicably, he wasn‟t going anywhere. Would I have gone ahead without him? Probably…Yes, of course! We eventually boarded the plane to Peru via a brief transfer in Madrid. On the flight from Madrid, we drank lots of complementary wine, and got chatting to some tipsy Lima locals who regaled us with colourful stories of Callao, one of the supposedly rougher parts of Lima. They were extremely proud of their country and seemed pleased that we were visiting it; a very positive sign of things to come. It was another nine hours westwards over the Atlantic before we touched down in Lima and I couldn’t wait!