At 4.30am, after some brief, violent stomach upsets at Lima airport, we were on a plane to Cusco and, looking out of the window at our first sighting of the majestic snow-capped peaks of the Andes, it felt for the first time that I was actually ‘travelling’. Growing up in the UK, the Andes are an absolute mile away, both in distance and in the imagination, and it carried a powerful mystique. I knew that the range contained the mighty Cerro Aconcagua (in Argentina), the highest mountain in the western hemisphere, thousands of kilometres to the south, and here I was flying right over its northern tip. With few clouds in the air, I could see just ice and snow below.

Despite the flight from Lima to Cusco being little more than an hour long, Cusco was a huge change in altitude. The city is more than 3,000m high and the thinness of the air had a noticeable effect on our breathing. It reminded me of going skiing; it was freezing cold in the shade, whilst the sun felt uncomfortably strong. We all packed into our hotel and I nearly fell backwards down the stairs on the way up to my room. My head felt really light and my legs suddenly had very little strength in them, certainly struggling to cope with a 16kg backpack. We had the rest of the day to do with as we pleased; our only task was to try and acclimatise to the altitude as fast as possible; we‟d be on the Inca Trail very soon.

Cusco is an ancient city and it predates the Spanish. It was once the capital of Peru and the seat of Inca power. It‟s a magical city full of spectacular Spanish architecture and Inca ruins. It‟s dominated by the Plaza de Armas, an enormous square in the centre of the city. From above, Cusco is a maze of terracotta rooftops, squares and high walls. It‟s one of the most unique cities I‟ve yet visited, easily up there with Florence and Venice, perhaps even more so, given its literal otherworldliness. From here, some of us wandered through the cobbled lanes around the plaza under impossibly blue skies, lazily popping our heads into artisan markets, posing for pictures next to goats and with people dressed in traditional clothes of woollen alpaca hats with the distinctively Peruvian extensions over the ears (a classic orange Peruvian hat was my first travelling buy). 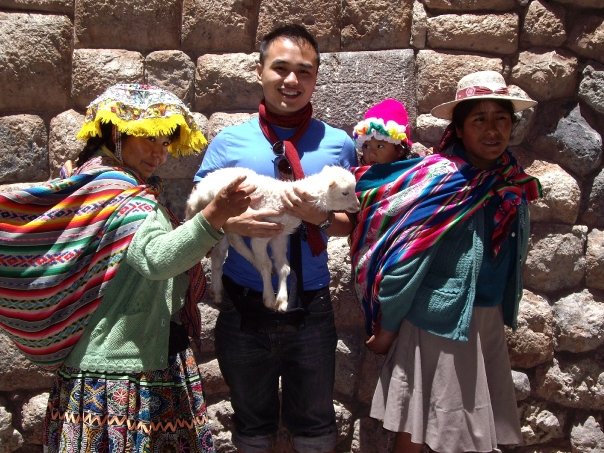 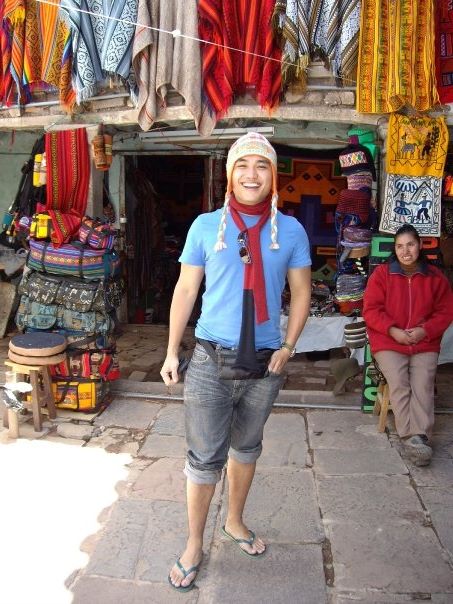 Cusco’s main income is, undoubtedly, from the tourist industry. Visitors come here from all over the world to marvel at an incredibly well preserved Inca city and also to use it as a spring board to the Inca Trail. There are market stalls, cafes and ATMs in the main square; there‟s even a McDonalds in the corner of the Plaza de Armas, although to be fair, it‟s the most discreetly signposted Golden Arches I‟ve ever seen, with just a small, black McDonalds “M” on the front wall of the restaurant. Without debating the „ins‟ and „outs‟ of globalisation, it was completely incongruous with its ancient surroundings, even with all of us tourists and travellers milling around; apparently, there‟s even plans to put a Starbucks in the Plaza.

We were on a budget of less than 30 US dollars per day; that‟s for everything from accommodation to food to transport. The Rough Guide to South America leaned towards our travelling demographic (the budget traveller) and we lapped up its tips on saving money. One of the tips, though completely obvious, was music to my ears. I was already keen on eating in markets and street stalls and would have done so even if I was a „flashpacker‟ (a mild jibe used by backpackers at travellers who travelled in greater comfort than they did; people who didn‟t stay in dormitories, didn‟t eat cheaply etc. More often than not, they‟d have gadgets like smartphones, laptops etc. It‟s certainly not a bad way to travel and it‟s definitely something that I‟ll do in the future.) We were advised to enjoy cheap eats such as cerviche and empanadas, which are delicious snacks much like a Cornish pasty: small pastries filled with meats and vegetables, cheap and moreishly tasty parcels of food available nearly everywhere in Peru. Empanadas, along with sopa verduras (Andean vegetable soup), would become the staples of my diet; cheap, nutritious and, most importantly, delicious. Some people were concerned about the hygiene of these street foods, but you can‟t think about these things; you‟re going to contract travellers‟ diarrhoea at some point, best to get it over with early in your trip and try to build up some immunity. However, for all this traveller braggadocio, I did draw the line at one thing: cuy, a roasted guinea pig, which, as a member of the rodent family, is essentially a rat. I saw an example just sweating on a grill in the sunshine. It must have been teeming with bacteria and no amount of Imodium would have been enough!

To help bond with our fellow Inca Trail travellers, we of course went for a few beers. That afternoon, we watched the sun go down over the Plaza de Armas, with its massive cathedral to our right, from the balcony of a building at least 500 years old, with an ice-cold longneck bottle of one of the most famous Peruvian beers, Cusquena. It doesn‟t taste that great; a little bit like a Budweiser (a bland American lager), but it was absolutely perfect in that setting. I‟ll remember that afternoon for a long time as a fine, beautiful moment as one of many to come. 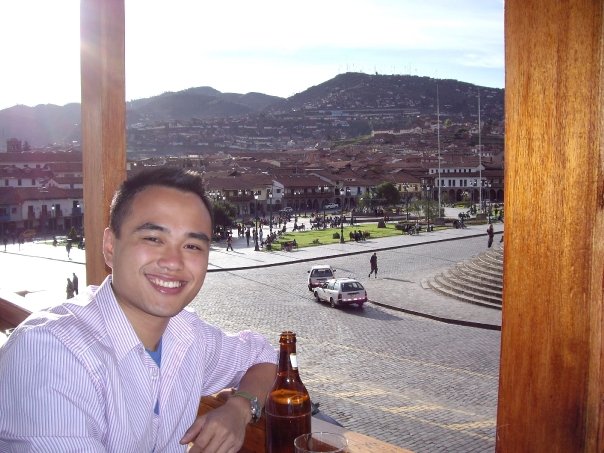 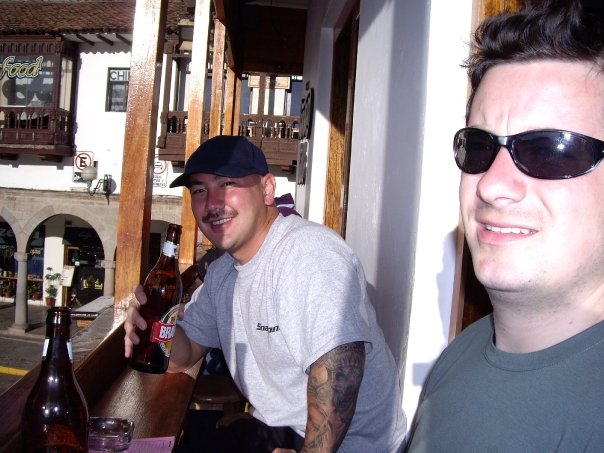 We went back to the hotel for another meeting with Jose; this time he was noticeably warmer and a bond began to grow between him and our group of thirteen. That night, we went, as a group, to a restaurant and enjoyed an average pizza with increasingly good company; the group was diverse, cultured, friendly and keen to see a bit of the world: I knew that this was going to be a great trip.