I made the trip from Alice Springs to Adelaide via Coober Pedy without my travelling buddy Grant, who returned to the UK after Uluru. It was sad saying goodbye to him because we’d seen so much together, from South America to Australia, but of course we gave it a manly handshake and a manly hug. On one level, it was great travelling with someone else, particularly with such a good friend; you’ve shared experiences to last a lifetime. On another, it was exciting to be completely on my own and see the travelling experience from that perspective. I was instantly surprised by how much more freedom I felt. It’s not that there wasn’t any before; of course there was. It just that now there wasn’t even the hint of any compromise on where to go next, where to go for dinner, how long to spend in a particular place etc. On your own, you simply get up whenever you want and do whatever you want. It‟s an unbelievable feeling and one that I‟d never experienced before.

Before leaving Alice Springs, I stocked up on books for the road. (Reading is one of the most common experiences between travellers. You have so much free time, both in the actual process of travelling and during the natural lulls as part of the rhythms of the day. You generally want something that’s edifying, something that you wouldn’t normally have the time or the energy to read, but it‟s got to be light; you’re carrying it around after all.)

I used the bus trip to Adelaide as a transit, with the added benefit of squeezing in another slice of classic Outback history in Coober Pedy. Our guide was called Damo, a classic, stereotypical top Aussie bloke. He wore khaki shorts, a matching shirt and just looked pickled pink from all the years of sun. He introduced me to the delights of Coopers’ Original Pale Ale beer brewed in the bottle straight out of South Australia; absolutely delicious stuff and (along with Little Creatures Pale Ale) the best beer that I enjoyed in Australia. I also met Rich West, a great guy from Essex with whom I was to spend a few days exploring Adelaide with.

Coober Pedy is about 800km south of Alice Springs on the way to Adelaide. It‟s an opal mining town, known as the opal capital of the world, where people actually live in houses carved into the rock hills and deep underground. The underground houses have a hobbit-hole-like feeling with a surprisingly consistent and pleasant temperature of about 20 degrees Celsius. 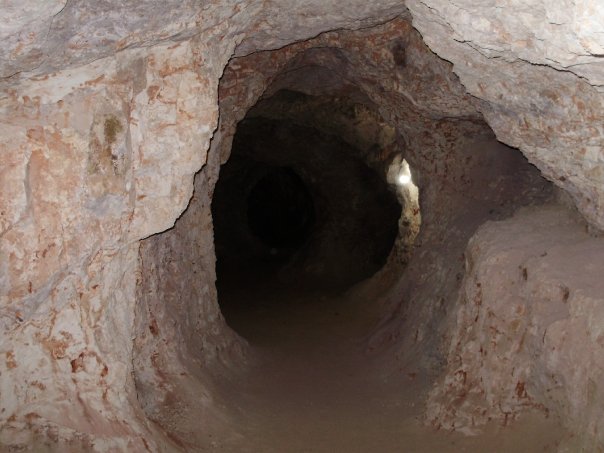 Coober Pedy is properly a frontier town (the nearest settlements are hundreds of miles away) where it’s rumoured that men outnumber women by 8 to 1 (absolute bollocks according to the 2006 Census! 1,084 men and 832 women!). There are danger signs everywhere warning people about disused mine shafts. Rumour has it that, should someone be murdered, these shafts would be perfect for the disposal of the body. We spent the night in an underground dormitory with no windows or any shafts of light; it was easily the darkest night’s sleep I’ve ever enjoyed, more so even than that night in Ollytaytambo in Peru. From Coober Pedy, it was another 850km south to Adelaide. There‟s absolutely nothing to see on the road down; it‟s just rocky desert. The road is almost straight at all times with only the odd kangaroo sign as a point of interest. 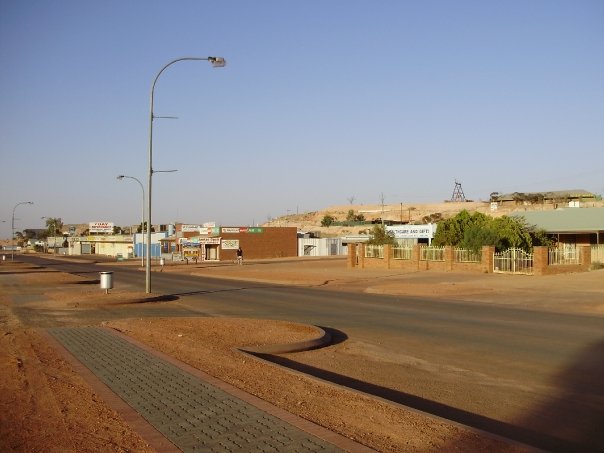 We were heading towards Southern Australia, which at that moment was under bushfire alert. Victoria had been particularly badly hit with almost 200 people losing their lives in the fires that summer. As we approached Adelaide, I noticed the landscapes changing; this was more farming country, there was much denser vegetation, which I saw was completely dry. The fires that dominated the national newspapers were in everyone’s minds. The fires that raged in Victoria in the summer of 2009 were incredibly fast moving; to the point that cars couldn‟t out-speed them. I read reports of cars attempting to escape the fires being engulfed in flames. Whole towns and villages were caught by capricious and uncontrollable fires. The press was filled with burned out cars and buildings and there was a national sense of mourning and grief.

We stopped off for lunch in Port Augusta on the coast which was the first glimpse of open water I’d seen since Cairns and visited Port Germaine, which has the second longest jetty in Australia. The beaches on the south coast have a distinctly British feel to them, with a tangibly lighter shade of blue to the skies, and a salty smell to the air, with old-fashioned wooden beach huts, which reminded me of Brighton.