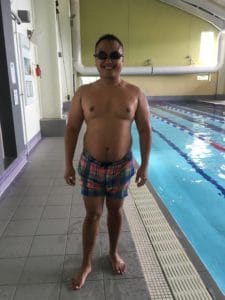 I’ve always been a terrible swimmer. I never learned as a kid. And the times that I’ve swum, I’ve more thrashed about than technically swum. I remember two times where I’ve swum in the sea and both times felt like I was in serious trouble.  I thought that I might well have died.  In fact, without help around me, I could well have died. (I’d never thought about that until writing this just now. Oops.) The first was in 2009 in the Great Barrier Reef off Queensland, Australia. Me and my mate Grant were backpacking and decided to do a boat trip. We did some snorkeling which was okay. But then we had the chance to do some scuba-diving. With some rudimentary instructions on signalling and breathing, we were off. I didn’t feel nervous because I felt that with flippers, I’d be able to swim easily. At least, it looks easy in …[Read More]

Warren Buffett said that the best investment you can make is not in the markets, but instead, in yourself. That’s pretty deep and until today I had no idea what he meant. Yes, you could learn a new skill like data analysis and translate that into more money at work or something, but I think Buffett meant something slightly different. He’s big into the power of compounding. Remember Einstein said that compounding is the eighth wonder of the world. To get the full power of compounding, you have to start something (like investing) early, and do it for a long time, so that you start making money on the money you make. Imagine that you learned a new skill like touch typing early in life. Think on just one variable, time-saving, just how much that would have saved you. Imagine that I had done this at 19, and not at …[Read More]

If we start from the position that we all have potential, then why is there a gap between where your potential self is and where you are at the moment? How big is that gap? What is your true potential? It might be that your true potential is way more than you think it is. In which case, the gap is even bigger than you know. Step one is where you are now. Step two is looking at where you think your potential is. So this might be being a writer or being an artist. Step three is discovering where your true potential might be (and you would need help from outside to discover this). This might be being a rocket scientist, climbing the world’s highest and most difficult mountains. Step four is addressing how to bridge that gap and narrow it as much as possible. Do you think that …[Read More] 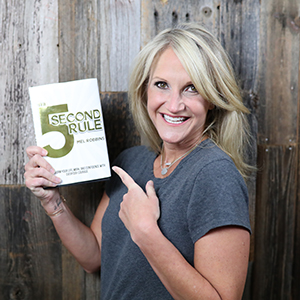 I recently discovered Mel Robbins on Instagram. She puts out great Instagram content such as: “What would @oprah do?” – That simple question is the key to making better decisions. It’s what I always ask myself when I’m weighing options and have a tough decision to make. By asking “what would @oprah do”, I literally CHANGE the way I think. It’s called the “power of objectivity” and in this video I share this powerful tool with you. – When I consider any problem from Oprah’s perspective, I silence my emotions, think creatively and have the ability be more strategic about the choices in front of me. It works like a charm. – Now it’s your turn. Who do you admire? Tag them. The next time you have a decision to make, stop and ask yourself what would they do. A post shared by Mel Robbins (@melrobbinslive) on Aug 23, 2018 …[Read More]

1. Manage your testosterone Testosterone for men is essential and the defining hormone that makes a man a man. High levels make you feel confident and rambunctious and aggressive. It makes you lean and muscular and gives you a strong sex drive. What’s not to like? In terms of testosterone, we’re supposed to be half the men our fathers and grandfathers were. Testosterone is produced at night and your body needs sleep and dietary fat to produce it. So eat red meat, nuts, butter and oil and get your sleep. And stay away from stress as well as stress produces cortisol, the stress hormone, and the testosterone killer. 2. The mind and body are inextricably linked When you have problems with your body, you will have problems with your mind. When you’re ill with the flu, you have nothing to give with your mind. When you’re sad and depressed, your energy …[Read More]