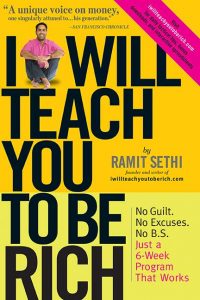 I read I Will Teach You To Be Rich by Ramit Sethi before I read The Richest Man in Babylon (see previous post). However, I Will Teach You To Be Rich (IWT) can be taken as building on many of the principles in The Richest Man in Babylon (RMB). IWT is RMB for the 21st century. Summary of the book IWT is split into 6 sections: 1. Get out of debt first Don’t save or invest until you’ve got out of debt. Interest rates on credit card debts far outweigh any possible gains from high-interest savings accounts or investments in equities or bonds. Eg. a 26% interest rate on your credit card balance is going to be bigger than the interest of 2% you might get on your savings account or the 10% annual return you might get from your investments. Sethi gives the reader exact scripts for negotiating lower …[Read More] 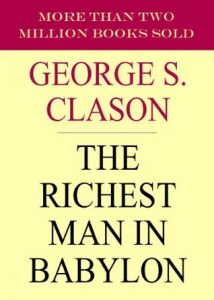 I first heard of The Richest Man in Babylon from Fighting Mediocrity who made a fantastic animated video review of it. (Check it out here.) I bought it on Kindle for next to nothing: £1.99! It’s a short book and reads like an allegory similar in style to The Alchemist. Synopsis In ancient Babylon, an ordinary family man is struck one day that he is not rich and in all likelihood never will be rich. He and his friends decide to ask the richest man in Babylon for his secrets to becoming rich. Takeaways and analysis The overall objective recommended is the image of ‘fattening up your purse’. It’s a great image to have in your mind when you’re reading this book. Imagine your wallet slowly getting fuller and fuller. Rule 1 Pay yourself first. Save 10% of your income and spend the rest. Clason makes the point that most …[Read More] 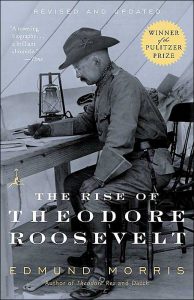 Unlike most of the books on this site, what I took from The Rise of Theodore Roosevelt isn’t so much about learning, but much more about inspiration. Theodore (Teddy) Roosevelt led one of the most action-packed lives in history, filled with vigour, achievement, joy, suffering and overcoming. This incredible biography of Roosevelt by Edmund Morris is heavily detailed and a work of intense scholarship but is as readable as a novel. This is actually the first of a three part series by Morris on Roosevelt. (The second being Theodore Rex and the final being Colonel Roosevelt) The Rise of Theodore Roosevelt charts the period from birth to the Presidency. What can we learn from The Rise of Theodore Roosevelt? That life is more than long enough Most people complain that life is too short. They can’t fit everything in. There’s never enough time etc. Teddy’s life shows that all to be bullshit. He …[Read More]