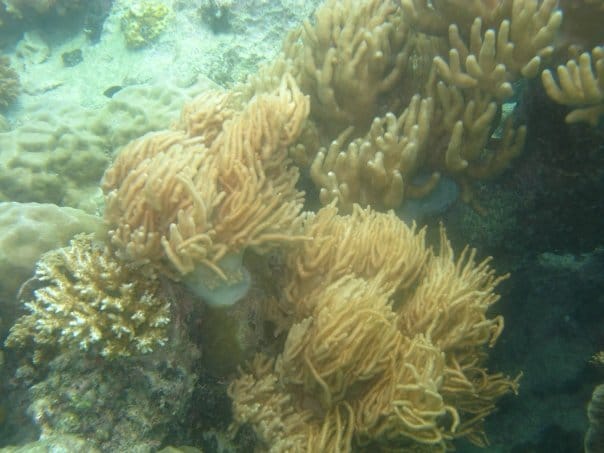 The next day, we took a two hour flight to Cairns, a major town in Far North Queensland (The Sunshine State). That journey gave us a small idea of just how big Australia is: Cairns is just up the east coast and yet is a massive 2,500km away from Sydney. As soon as we stepped off the plane, the humidity struck and we started dripping with sweat; it was like walking into a steam room with all of your clothes on; you feel the humidity in your face, in your throat and in your nose; it‟s literally stifling. Cairns is another world from Sydney; it has a sub-tropical climate and it‟s quiet and provincial. It‟s also far smaller than Sydney and can be walked from end to end in less than 2 hours. It‟s on the coast and we happened to arrive in the middle of the wet season. This again is further evidence of the sheer massive size of Australia as most of the southern part of the country was undergoing a particularly severe drought. As with most things in Australia, even the raindrops are bigger and the rains more extreme than I‟m used to; for example, a neighbouring town had rainfall of 1.3m in just one day! 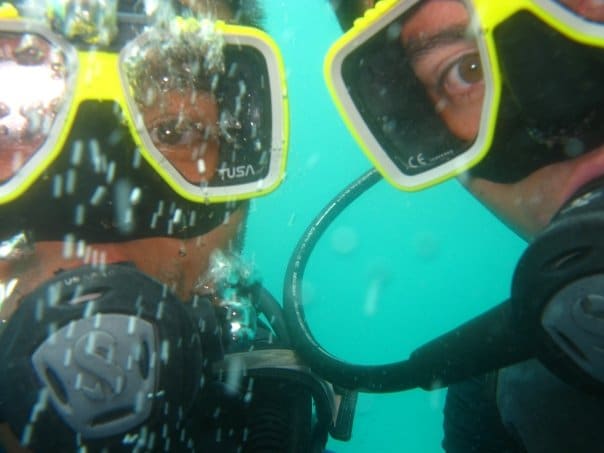 We were here in Cairns to see the Great Barrier Reef; it‟s absolutely enormous! It’s a massive ridge of coral and rock that stretches 2,600km from just north of Brisbane to south of the Solomon Islands; it’s the biggest coral reef in the world and apparently it‟s visible from space. It‟s made up of billions of tiny coral polyps and, as such, is the largest living organism-made structure in the world. No wonder it‟s regarded as one of the seven natural wonders of the world. We set off early one morning on a huge catamaran to sail the two hours to a part of the Reef called Michaelmas Cay. It took us two hours to get to the Michaelmas Cay and we were treated to excellent service from the crew. They were all expert divers and working on the boat allowed them to mix work with their passion. Eventually, we came to a stop and I saw a small sandy island (the Cay). The crew explained that the island was formed by dead coral particles that collected over huge periods of time. The tiny island was just over 3.5m in altitude and around 1.5 hectares in area; it‟s a wonder that the Cay didn’t just wash away. The sands were blindingly white with green vegetation in the centre. The coral reef that we would be exploring was all around the island and we were warned not to make contact with the reef for two reasons: firstly, that it would probably cut us and, secondly, that, if we did make contact, we would be doing irreparable damage to it. I‟d never snorkelled before and I was really looking forward to getting into the warm waters. We donned our stinger suits (to negate any grumpy stingrays (post Steve Irwin) or jellyfish), flippers and goggles and swam out over the Reef. Even though visibility wasn’t optimal (due to it being the wet season with the accompanying frequent rains), it was still very clear in the water. I saw huge varieties of coral from the plant-like to rock-like to the giant-brain-like and, all around these, a huge variety of fish that were quick moving or achingly slow, from fluorescent extroverts to almost see-through wallflowers, from the tiniest sea-dwellers to specimens more than a foot long. I saw immense giant clam shells about five feet wide and also a few stingrays trying their very best to hide themselves in the sand. I steered well clear of those! 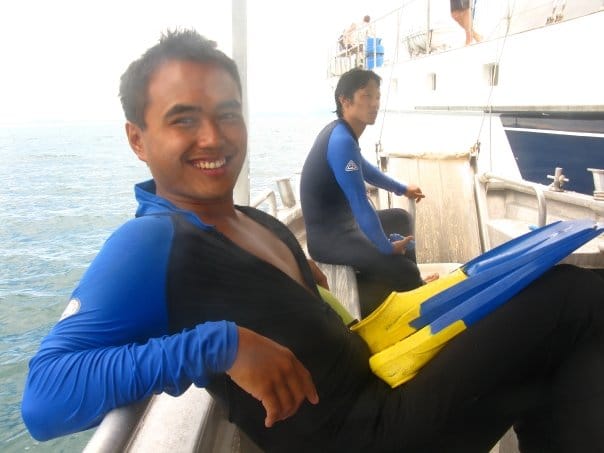 Our trip also included a free introductory scuba dive. Neither Grant nor I had done this before and we were really looking forward to it; it‟s clearly more interesting than snorkelling. Before diving, first, you have to learn simple techniques for clearing your goggles of water (touch the top of your mask, holding it to your face, and blow through your nose), for clearing your mouthpiece (blowing hard into it) and, probably most crucially, techniques for equalising your ear pressure (hold your nose and blow hard or by simulating a gulp). Without this last technique, the headaches caused by ear pressure would become unbearably painful even at just 5m underwater. I had trouble with equalising my right ear but eventually I sorted it. Four of us linked our arms and off we swam under the huge catamaran. I could see the massive anchor chain just metres from me. Our guide took us for an exhilarating half-hour dive that took us under the boat and to other parts of the Reef. At this depth, the Reef is huge (although I‟m certain not as to how large it might get); instead of coral beneath us (as it was where we snorkelled), here the coral was like a giant, solid, high wall; I felt like I was swimming in an underwater ruined city. The fish we saw here were bigger than we saw the ones we saw when snorkelling earlier; but unfortunately, I still didn‟t see a „Nemo‟ fish. Maybe next time!