The road from Alice Springs to Adelaide in South Australia was a monumental 1,500km. After several days in the desert, it was great to be driving through a proper city, through the outer suburbs to the heart of the CBD. Adelaide is known for being a conservative city. It has strong colonial heritage and a population keen to remember its history as a non-penal settlement. Its original city planner designed the centre of the city as a square mile with streets (North Terrace, East Terrace, South Terrace and West Terrace) marking the CBD boundary. This square mile is surrounded completely by a ring of parkland, which itself is protected from development. Adelaide‟s suburbs extend beyond this ring of greenery.

After Damo dropped us off, we set up camp in a very basic hostel just off the CBD in Franklin Street. There was no air-conditioning in the dorm despite temperatures being in the late 30s. It was so hot in my dorm that we had to leave our windows fully open at night; luckily there were no more flies but now we‟d wake up bitten to shit by mosquitoes. Still at that price, it wasn‟t that bad. My hostel was only a couple of streets away from the well-stocked Central Market filled with gorgeous delis and foodie delights, and next door to the market is a large Chinatown off Gouger Street with delicious food catering to a backpacker‟s budget.

After catching up with Kay Johnson, an old friend from work in the UK, Rich and I explored the CBD in some of the most extreme temperatures I‟d ever experienced. At midday, it would touch around 38 degrees and there wasn’t a cloud in the sky. The North Terrace is packed full of interesting places to visit; for example, the Art Gallery of South Australia is a stunning building next to one of the universities with superb paintings by some of the early pioneers of Australia, with the Tasmanian wildernesses being particularly popular subjects. Next to this is an impressive museum, the South Australian Museum. Aside from exploring the CBD, we crossed the River Torrens into the “green belt‟ where we spent much of our time playing golf on the Adelaide City Golf Links, North Course; just idyllic afternoons. The evenings were great fun as well; Adelaide usually gets pretty short shrift from both backpackers and residents of the more glamorous Australian cities, such as Sydney and Melbourne. However, I found it to be a fun and very liveable city. I was lucky enough to be visiting it during its festival season. I was there during a month of the Garden of Unearthly Delights in Rundle Park which came alive during the night, a huge, alternative carnival with various tents and arenas dedicated to theatre, comedy, circus acts and plenty of live music. I was also there for the start of the annual Fringe Festival, claimed to be the biggest Fringe Festival in the world. Not for nothing, it seems, is South Australia known as the Festival State.

Adelaide also has a great beach in the Glenelg suburb. Glenelg is twenty minutes out of the CBD on the tram and has a feel not unlike Brighton on the English south coast. It’s laidback, chilled out, liberal and hippy – a really great place to spend a couple of days. The beach there is stunning; it’s almost impossibly long, the waters are incredibly clear and the sands are invitingly pristine. Here, I met up with a friend of mine from back home, Nick Souter, who was on a medical student exchange. He’d already been in Adelaide for a few weeks and was loving living in Glenelg. It was fantastic to see him; a familiar face from back home. He was with some of his friends who were on the same medical exchange and, with them, I enjoyed my first ever Aussie barbeque with proper “snags” on the barbie and ended up on a boozing session on Hindley Street (the main nightlife district of Adelaide), riding mechanical bulls in bars. The next day, we went to the Norwood Food, Wine and Music Festival which more than 100,000 people attended. You buy a glass at the start and use it to buy wine from the hundreds of stalls belonging to regional producers. At one stall, I was asked by a woman what I thought of 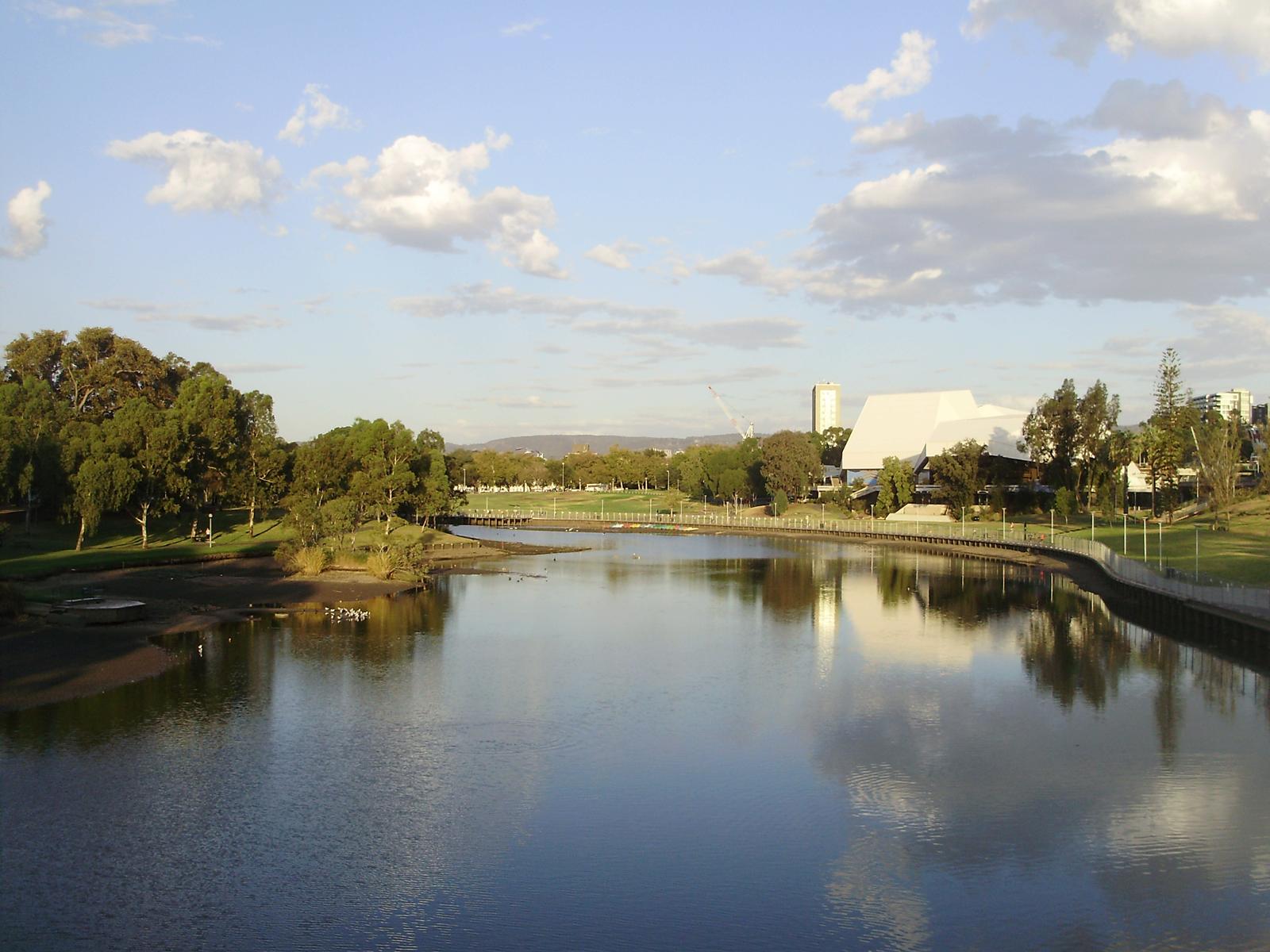 the Barossa Valley (a famous wine-producing area near Adelaide).

“I haven’t been yet, I’m afraid.” And I probably won’t because soon I’m off to the Great Ocean Road in the other direction!
“You what! Are you fucking joking? You come to Adelaide and you don’t go to the fucking Barossa? Can you believe this guy?”