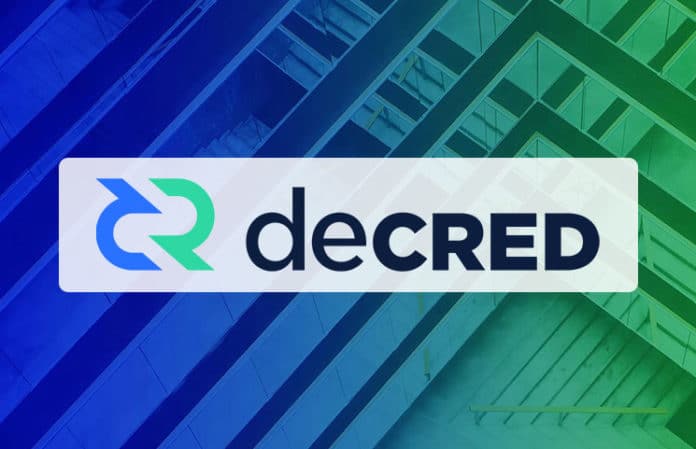 I first heard about Decred from Boxmining’s awesome YouTube channel and I started watching the price when it was around USD 35 around September 2017. Since then, I’ve been looking to buy Decred.

I had also seen it as an option in my Exodus wallet and it would be easy to ShapeShift some Bitcoin into Decred.

It’s been on my watchlist for a few months now and I like it as a coin as opposed to an ICO token. It’s a coin like Bitcoin, Dash, Litcoin, Monero, Zcash.

However, what really pushed me over the edge and got me buying Decred in the past week or so was watching a recent great series of 6 short videos between Tai Zen and Decred Jesus, where they discuss what Decred is and whether this is a good investment. I’m going to show these videos in full below:

One of the major problems that Bitcoin has is who decides on significant questions. Questions such as ‘Should Segwit be incorporated into Bitcoin?’ The power in who decides this question lies with the Bitcoin miners. Miners perform an essential function in Bitcoin and crypto in general by verifying and validating tranactions before they get added to the blockchain.

What’s wrong with miners having this power?

If miners don’t want this change such as Segwit, then the only way for this to happen is for a hard fork to happen. This is where developers split the code and change elements of it to something else. This has happened with Bitcoin Cash (BCH).

Decred is known as a ‘Goverance Coin’, as solving this problem is a major feature of the project. It does this through a mix of Proof of Work (POW) and Proof of Stake (POS) model.

This means that people that own Decred will get a say in major questions as to Decred’s future direction.

In a nutshell, those that own Decred will be eligible for a ‘ticket’ in a random lottery and those ticket-holders get a chance to vote on these issues.

There is a fantastic current example of this happening right now, where Tai Zen (from the above videos) has submitted a marketing proposal to the Decred community asking for Decred (USD 245,000 worth) to execute the proposal. (This money would come from the Decred war chest that Decred Jesus referred to the in the videos above)

This was posted on the Decred reddit here and this reddit refers to the Politeia on Decred’s site, where Tai Zen submitted his proposal for the Decred community to discuss and debate. Holders of Decred (POS) will have the right to vote and decide on this.

Isn’t this a very civilised and democratic way of doing things? It is also closer to the dream of cryptocurrency enthusiasts in that decision making power isn’t as centralised as it is in some other currencies/projects. For example, in Ethereum, Vitalik has a huge influence on what happens to the project.

It’s a true coin as opposed to an ICO token

I wrote about why this important to me here.

Here are the developers behind Decred: https://www.decred.org/contributors/

The advisors are first rate too: Charlie Lee from Litecoin and Jimmy Song from Bitcoin.

For a sense of the community, check out the Decred subreddit. and the Decred YouTube channel.

Where could it get to in price?

It has a limited supply just like Bitcoin, with a maximum supply of 21 million DCR. Check out the screenshot from coinmarketcap.com below: 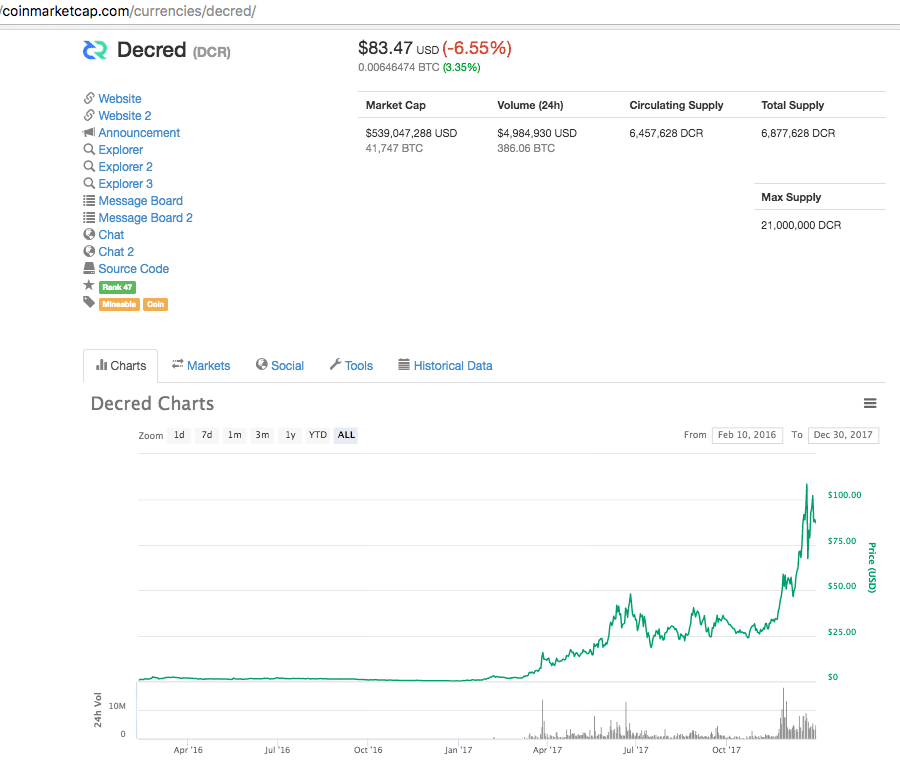 I love a limited supply because that encourages an upward price move when demand starts to increase.

Should you buy Decred?

I’m gutted to miss out on buying Decred at USD 35, when I first started looking at it. The main reason I didn’t get in was because I had cash flow issues in the past few months.

Reasons I would recommend that you buy Decred are:

How big should your investment in Decred be?

My holding of Decred is currently 3% of my portfolio (holdings report to follow in an imminent blog post). I plan to increase this to 10% in the next month. I think this is an investment comparable to Monero, Litecoin and Dash.

I bought it using ShapeShift within my Exodus wallet. I used my tiny piece of remaining Ethereum to buy Decred on 26th December 2017 (£54.44 worth).

AND my wife very kindly gave me 1 Decred (DCR) as my Christmas present, so I took the opportunity to buy more Decred. I bought some Bitcoin on Bittylicious (my preferred way of buying BTC from GBP) and swapped this for Decred using ShapeShift within my Exodus wallet on 28 December 2017 (£323.32 worth).