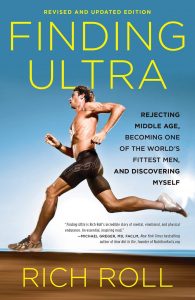 Rich Roll is an ultra endurance athlete who also has a very popular podcast. He’s an advocate of a vegan, plant-based diet and healthy living and known as one of the fittest men on the planet, with a host of endurance accomplishments. It wasn’t always this way. In Finding Ultra, Roll is searingly honest and tells us his life story from shy high school swim star to being a swim star at Stanford. At Stanford, he discovered alcohol and how it could help him with his shyness, and from there it was a steady decline into addiction. He tells of one of his lowest points, where he was drunk during his graduation from law school and in his drunken haze, he decided to collect his degree on stage in bare feet, much to his parents’ horror. With the help of AA and rehab, Roll gets sober but is eating horrendous …[Read More]