I’ve been wanting to get into minimalism for a while now. The movement started with blogs like The Minimalists, Becoming Minimalist and Zen Habits, and exploded with Marie Kondo’s book, The Life-Changing Magic of Tidying: A simple, effective way to banish clutter forever.

The promise of minimalism is that by getting rid of what you don’t need, materially or otherwise, you allow room for more important things. You also feel less burdened by all your stuff and therefore freer in your mind. What’s not to like!

We had a recent decluttering exercise in our flat, in preparation for photos for selling it. We wanted it to look super clear with clear surfaces and clean lines. This meant getting rid of a lot of stuff.

Me and Angelique aren’t hoarders really, at least not to the extent that you see on TV. We do find it hard to get rid of paperwork. Letters, magazines and newspapers will sit and grow on tables, sideboards and shelves. Knick knacks from dates will grow and grow on our shelves.

We know from the blogs and book above that simply tidying away ie reorganising stuff doesn’t minimalise. To actually minimalise, you have to get rid of stuff. Say goodbye to clothes you haven’t worn in over a year. Say goodbye to books that are a bit rubbish. Do the same in your kitchen, in cupboards and fridges. Anywhere where there’s clutter.

I don’t know about you but clutter does get me down a bit. This will surprise those of you that know me as having a messy room at university, a messy desk at work, and generally a bit messy everywhere.

But I’ve always admired and hankered after clear spaces such as hotel rooms and hotel bathrooms. I love walking into hotel rooms for the first time. The bed is crisp. The desk is clear. The cupboards are empty. The floor is clear. The bathroom is spotless and clear. And then we destroy it. Wet towels on the floor. Luggage open and clothes and toiletries strewn everywhere. Wow, I sound like a clean freak. Odd because for most of my life, I’ve been anything but tidy.

It might because I’ve been watching and reading a lot of Jordan Peterson’s material. One of the concepts he talks about is the conflict between Order and Chaos. He also talks about instead of preaching to the world, first put your house in perfect order. This is a metaphor, but he also gives the practical advice of ‘first, tidy your room’. This is the act of imposing order on chaos, at a micro-level.

Anyways, enough of that. Here’s what the process looked like and then some photos of what it looked like post-clear-out:

And then AFTER the decluttering: 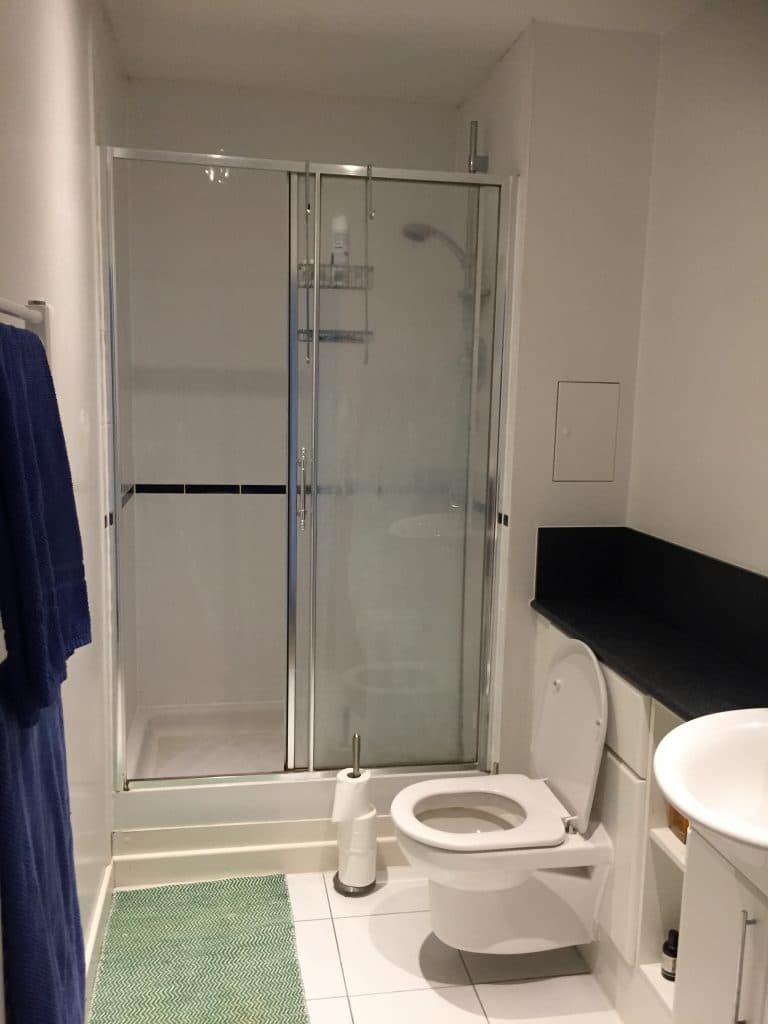 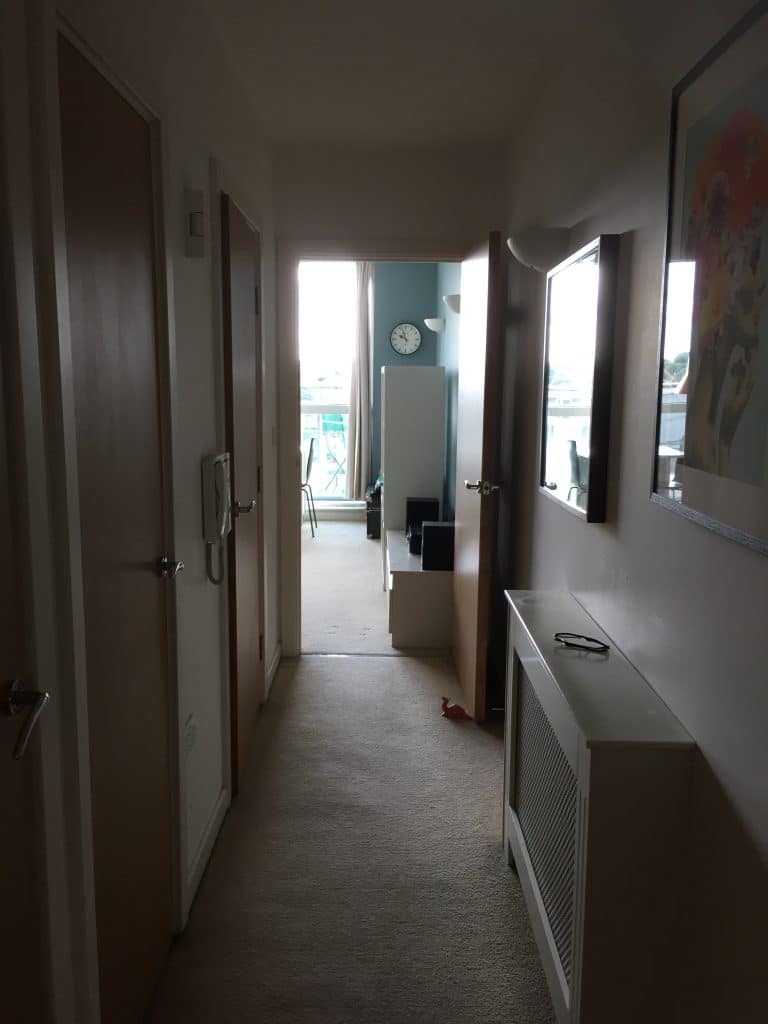 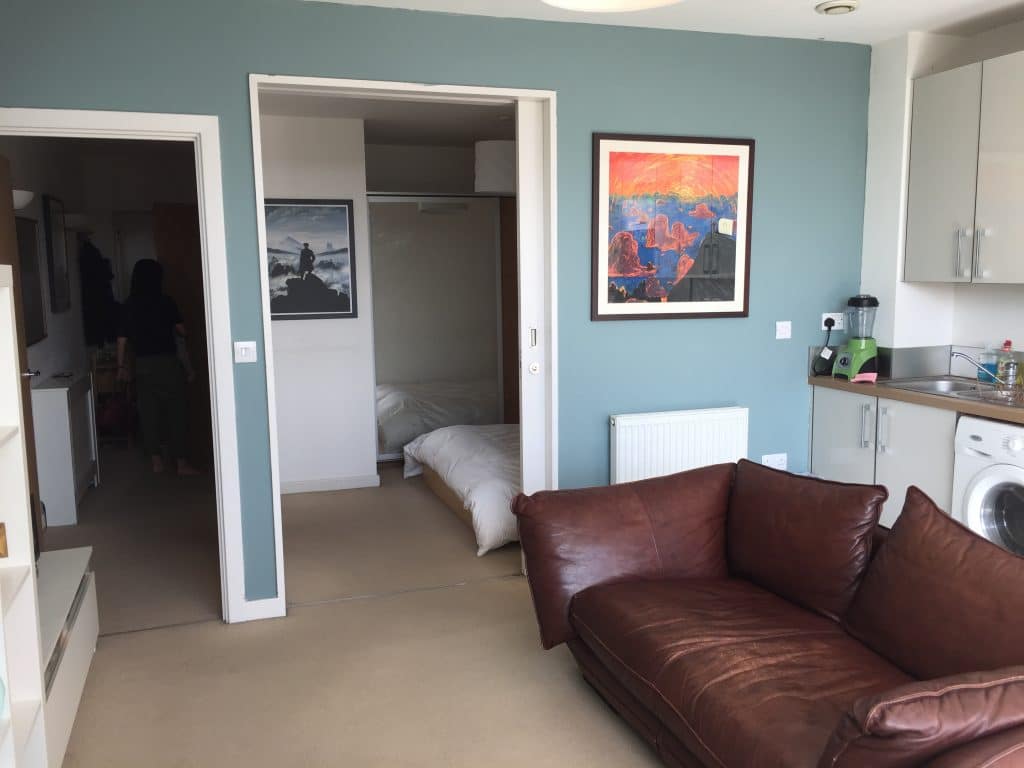 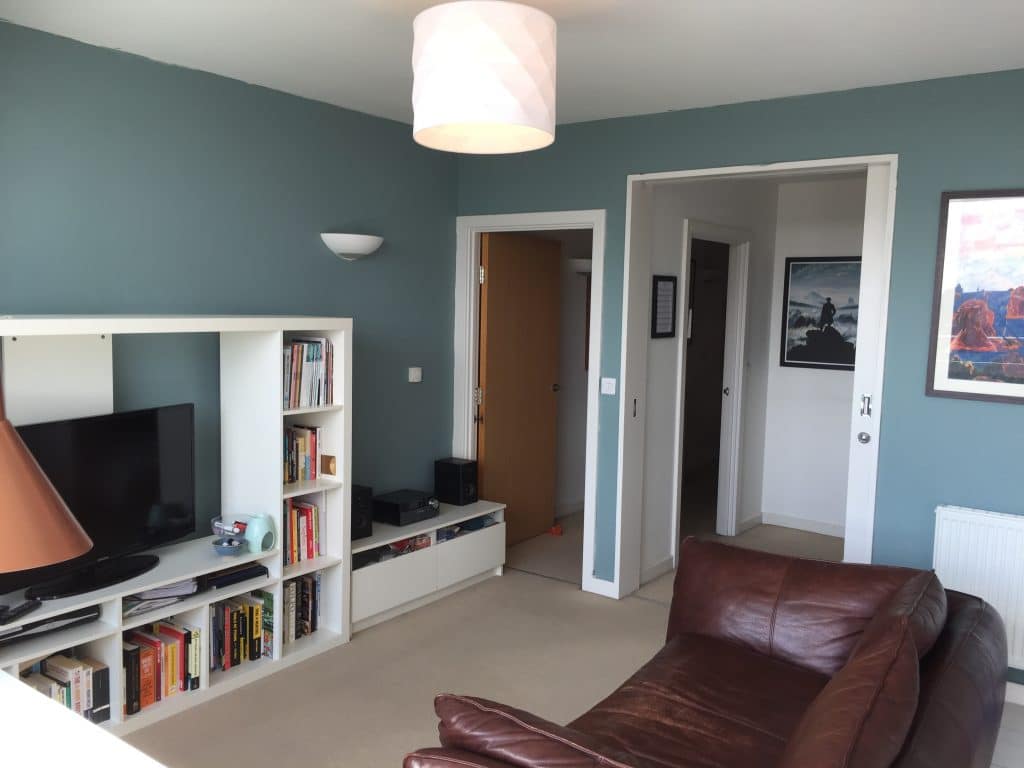 What’s the effect of this clean, clear flat? It’s just so much more restful and calming. It feels awesome!

Are you a minimalist or interested in minimalism? Tell me about it in the comments below!