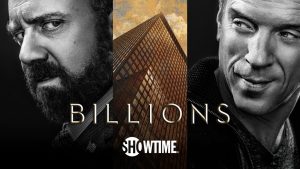 We should be analysing things much, much more deeply There’s a scene in Billions (Ep2 S2) where Taylor explains a potential trade to Axe which can damage a rival. Axe’s rival Todd Krakow has been bullish on China in recent speeches. Taylor looks at his holdings in China and surmises that Krakow has been watching factory activity in Guandong via satellite images. The factory has been quiet recently until suddenly lots of truck movement happens. Taylor and Axe reason that the Chinese know that the factory is being watched by satellites, so they simulate movement. This means that the factory is sham and instead of being LONG the factory’s company, the right side to be on is SHORT the company. Taylor says they should SHORT the company whilst Axe says no, because you never know how Chinese markets will behave. Instead, he says to look at the companies who will be affected …[Read More]