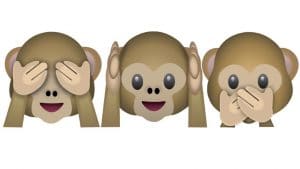 When I was at uni, I took an Aesthetics class. The Philosophy of Art. I don’t remember much from that course except for a couple of essays on Plato and Tolstoy. Plato was keen that when educating the young men of his Republic that their art be censored and that the youth should only consume art that promoted nobility. So poetry shouldn’t be about loucheness and hedonism, rather they should be about promoting bravery in battle and moral uprightness. I was reminded of this recently after binge watching a series of Mindhunter on Netflix, a show about the FBI’s profiling of serial killers in the 1970s. This is show that goes deep into the minds and motivations of deeply disturbed people, and it’s very entertaining and very compelling. We watched this off the back of Unabomber, another Netflix show, this time about the hunt for another serial killer, Ted Kaczynski. …[Read More] 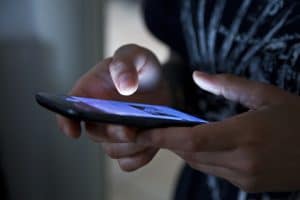 I saw this question and I thought I’d try to answer it: First off, I don’t think that mobile phones will become obsolete, even in 50 years. Whilst many functions of a smartphone might one day be available through a chip in your brain, I think that it would be difficult to replace the convenience of a screen when interacting with your smartphone. Phone size will remain handheld as that’s the most convenient size for portability and for interacting with it. The materials of the phone might be able to deliver things directly into your skin such as hormones or nutrients that you’re deficient in. Processing power will continue to develop according to Moore’s Law and eventually will utilise quantum computing for even faster computing power. In the near-future, I think all the niggles with smartphones today will be solved i.e. much longer battery life, unshatterable glass, much better sound …[Read More]

I’m 38 years old which means that I have probably about 30 years of working life left. That’s AGES. Think about what working life was like 30 years ago. That was 1988. I think my computer at home was an Amstrad CPC464. It ran a tape deck and took 20 mins to load Double Dragon. That’s if it successfully ran and you didn’t need to restart the whole process. Now, we have smartphone computers in our pockets that are thousands of times more powerful. Think about how much more powerful computers and technology in general will be in 10 years, 20 years or 30 years. Moore’s Law dictates that processing power doubles every single year. That’s literally exponential. Quantum computers already exist. People are talking about huge chunks of the workforce being automated. How do you not become obsolete? For me, as someone who has never programmed, it’s not about …[Read More]

“The definition of insanity is doing the same thing over and over again, but expecting different results” attributed to Albert Einstein “For there is no doubt that the most radical division that it is possible to make of humanity is that which splits it into two classes of creatures: those who make great demands on themselves, piling up difficulties and duties; and those who demand nothing special of themselves, but for whom to live is to be every moment what they already are, without imposing on themselves any effort towards perfection; mere buoys that float on the waves.” ― José Ortega y Gasset, The Revolt of the Masses No man is an Island, entire of itself; every man is a piece of the Continent, a part of the main; if a clod be washed away by the sea, Europe is the less, as well as if a promontory were, as …[Read More] 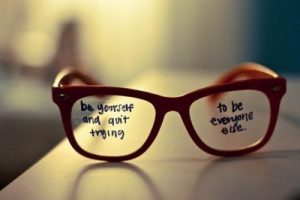 Everyone agrees that you should be yourself. Just be yourself, they say. In all situations. but wtf does this actually mean? Possible meanings: Don’t try to be someone else or something else other than you are. Live and act with no difference between the actual you and the you that you present to the world How can we achieve this? Tell people what you really think about everything – okay now this is really hard. If you’re a liberal and identify as such, having the odd racist, sexist, homophobic thought is going to be hard to articulate. Wear what you want, read what you want, listen to what you want – don’t give a fuck about what you think others might think of you Don’t try and be cool on social media – present warts and all Rinse and repeat, everyday.