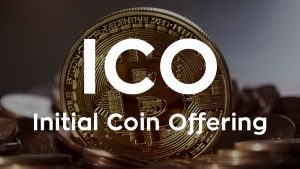 I started to look at OmiseGo because it’s in the Exodus wallet as a supported cryptocurrency (meaning that I wouldn’t need to look at downloading yet another wallet to store it on), and also because it’s has a high market cap (currently 12th on coinmarketcap.com). Current Price: USD 9.07 as at 23 September 2017 What is OmiseGo? Omise is a company that facilitates payments across borders in South-East Asia. Omise held an ICO to fund the development of OmiseGo, a project based on the Ethereum framework. The ICO issued tokens called OmiseGo or OMG. What problem is it trying to solve? Its target market is people who are left out by traditional banking services in South-East Asia. Think of the migrant worker in Myanmar or Thailand who needs to send money home. Omise wants to give these people the ability to send and receive money. Omise thinks that 73% of …[Read More]

Augur is a prediction market platform based on blockchain technology (the crypto token is called Augur REP). It’s got a lot of positive coverage, it has a superstar adviser in Vitaly Buktarin and it’s now available to store in the Exodus wallet (along with its rival Gnosis). Before we look at whether this is good project and a good speculative play, here is an excerpt from their homepage: Here is their video introducing REP tokens: Okay got all that? Let’s look at the project itself. The main current world competitor to Augur and blockchain-based prediction markets are betting exchanges. In the UK, the best known of these is Betfair. Betfair is different to traditional non-exchange gambling platforms. In traditional gambling platforms, a bookmaker (or the market creator) sets the odds on an event happening. Eg if the bookmaker says that that snow on Christmas Day is even money, that means …[Read More] 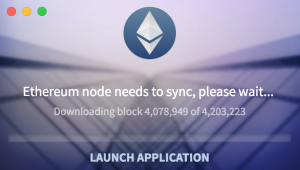 You’ll know from previous posts that I’ve had trouble using the official Ethereum node wallet. This is the full node downloaded from the official Ethereum project website. The problem is that you can’t see transactions made to or from your wallet until your wallet has synced with the entire blockchain. This is easier said than done. Even using decent broadband, I’m always 100,000 blocks behind. The rate that my wallet downloads at is maybe one block per second. I’ve been trying for weeks to catchup and without success. It’s time to cut my losses and write this off. Luckily, I didn’t have that many ETH in there. I’ve only bought two purchases of 0.5 ETH for a total of 1 ETH. The first time I noticed that I would have a problem was when I bought the second lot of 0.5 ETH. My wallet wouldn’t show receipt of the 0.5 …[Read More] 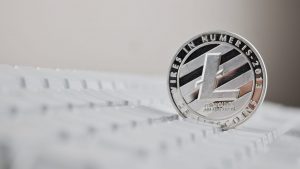 Today I bought my very first Litecoins. I knew it was a coin buying day because on my way home from work, a friend of mine whatsapped to laugh that I should close up my blog. I knew he was referring to the day’s softness in the cryptomarket. China had announced that it was cracking down on ICOs and this had caused a sea of red amongst all coins. Look at this from coinmarketcap.com today (4th September): I wasn’t too fussed by my friend’s glee. Instead, I welcomed this. I don’t hold leverage (I’ve learned the hard way that this is dangerous). And I’m ‘buy and hold’. 10% down, 20% down and I’m not too fussed. This is just noise that is actually a buying opportunity. Why buy Litecoin? It fulfils the criteria I laid out in my previous post on what I look out for in buying cryptocurrencies. In …[Read More]