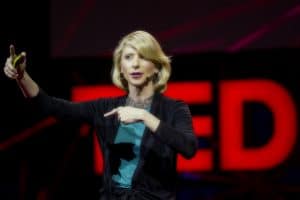 This TED Talk by Amy Cuddy on how deeply your body language affects you is one of the most viewed TED Talks of all time. Summary Professor Cuddy demonstrates just how closely linked the physical is with the psychological. We heard of psychosomatic, where your mind can influence your body, eg when anxiety affects your bodily health. Cuddy explains how our body language affects our mental states, i.e. the reverse is also true. For example, if you’re hunched over, with your shoulders rolled forward, looking down at the ground, it’s likely that you’re in a nervous state of mind. Now exaggerate the opposite posture. Sit back, lean backwards, open up your chest, breathe deeply and you’re likely now feeling more relaxed, less anxious and more at ease. We can exaggerate this further. There’s a universal pose for victory and feeling victorious. Studies show that even those unable to see make …[Read More] 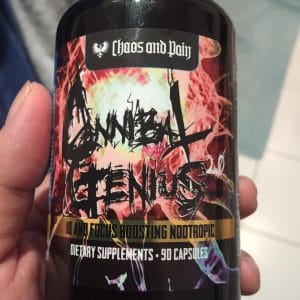 I’m always on the look out for ways to improve. Particularly if they involve a shortcut or life-hack. I’d come across the the idea of nootropics from a lot of guys I follow online. Like Tim Ferriss. Dave Asprey Victor Pride More recently Dave Meredith and Chris Stoikos. What are nootropics? Nootropics are chemicals that improve mental performance. They were popularised in the film Limitless where the fictional drug NZT gave the main character access to his entire brain capacity, improving his mental performance massively. Whilst no such NZT exists in real life (I don’t think), there are are drugs that do have a tangible positive effect on mental performance. The most popular are Modifinal and Noopept. Modifinal was originally made for the military to combat narcolepsy. It kept pilots awake and alert for hours, like caffeine only without the jittery effects. My main draw towards nootropics was the reported ability …[Read More]